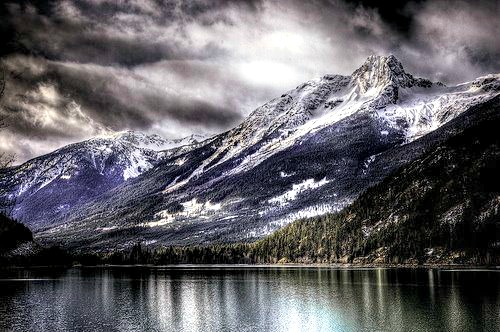 Welcome to the Haunted Hovel's list of the most haunted places in Canada. From the spirits of massacred settlers, to the lingering spirits of the great wars which have been fought on its soil, Canada certainly is a contender for any country when it comes to having the foundations of a good haunting.

Click one of the links below to view information on the locations history and of course, the tale of its haunting.

Niagara on the Lake


Other Haunted Places in Canada

The ghost of a past janitor is thought to haunt the building, apparently he has been seen many times going through the motions of sweeping in the corridors. Also the ghost of a nine year old boy has made himself known to the staff many times, with some even claiming to have talked to him.

There was a terrible accident here were a number of people were killed in a rock-slide on April 29th, 1903. People at the site have reported being suddenly overcome with intense feelings of sadness, and reports of strange glowing lights and an eerie mist has been seen here.

People have reported hearing a faint crying noise coming from inside one of the women's washrooms, but upon investigation no one is ever found to be making the sound.

Apparitions have been seen walking through the woods here, but how many spirits remain here is unknown. Two of the most commonly seen apparitions are that of a woman who is said to be forever looking for her children. The interesting thing about this one is that she has been seen here since the 1930's.

The other well known ghost in the park is of a young boy who runs around the bush's and seem to try and hide behind trees when people are near, but if they get to close he fades away.

This impressive hotel was built in 1911 by a Chinese business man, but recently closed in 2007 for renovations.

Since it opened again in 2009 there has been some strange happenings going on. There is only one door to the basement and it is behind the front desk. The area is not normally staffed and when it has been empty the staff stationed at the front desk have reported hearing knocking noises on the other side of the door. Why someone or something haunts there is not known, but maybe something was disturbed during the renovation process.