Is my house haunted?


Is my house haunted? Well, the good news is that you can find out for yourself, there are a number of the most common things to look for that are explained below which can hopefully help you to determine if you are indeed living in a home that has an unwelcome guest.... 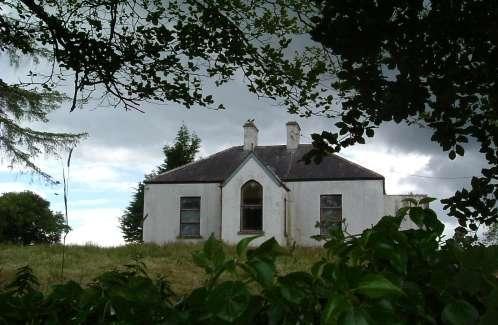 Living in a haunted building can be a scary thought, but don't start to worry yourself just yet, try and look out for some of the signs and try a few experiments to see if you are indeed living with a ghost.

It may also be a good idea to start a log to track investigations, having all the results in one place can make it much easier to compare findings.

One of the commonest experiences with ghosts is that quite often they make strange noises. It may be faint, it may sound very out of place, or you may hardly notice it, but listen out for things such as door's closing, footsteps, brushing noises and the sound of wind blowing, of course it goes without saying that these noises should be investigated to make sure no one is there. If you're alone or you KNOW where other people are and you hear noises coming from areas that you know are empty, then it may be time to start investigating further.

Quite often things around haunted buildings seem to move on their own, this can be a difficult one to track, especially if you live with other people or have children. If you notice a certain object frequently being put into a certain place, ask others not to touch it and see if it persists, quite often ghosts like things in particular places, especially in very old buildings. A ghost may move an object to get your attention or to make themselves feel more comfortable. Some mediums believe spirits don't actually have to touch an object to move it, they just change the energies around it causing movement or noise. How they actually do this though, remains a mystery.

Ever been facing a certain direction and you just knew someone was walking up behind you even though you didn't see or hear them? well this feeling can be a very helpful tool when investigating. Quite often in buildings where hauntings have been experienced very frequently, people have claimed to feel an emotion in a particular place, such as the feeling of sadness in a certain bedroom, or an un-easy feeling in a hallway. Do any rooms in your house make you feel anything? Do you feel you're being watched in the kitchen maybe? Or perhaps you feel un-easy on the stairs? Don't try to feel something, this one has to come naturally.

The most common reports of ghostly activity are cold spots or sudden dips in temperature. Whenever people have seen or felt the presence of a ghost a very common experience is to feel cold, if you have a certain room or area of your building that is often cold for no apparent reason then this could be a clear sign that something spooky could be going on.

Looking for these signs and making a log of your investigations should be answer the "is my house haunted?" question, but on the downside, will probably leave you with even more unanswered questions! What happens next is completely up to you, though do feel free to leave us comments with your finding and stories!


What to do if your building is haunted!

If you have conducted investigations or are completely convinced that you're building is haunted, you're probably wondering what to do. Well I'm afraid to say that I can't give a straight answer to the question. The reason for this is because it depends on who the spirit is and what why they're still there and what could be done to get them to leave. 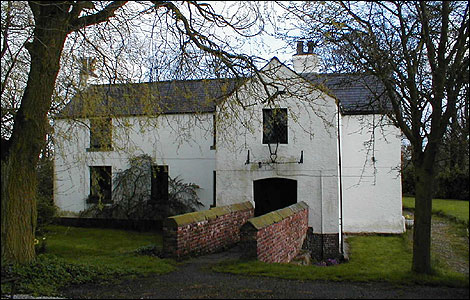 If you can answer yes to the question "is my house haunted" and you want to get rid of the ghost haunting it, then you must start doing some more research, you could check out old library records or newspapers to see if anything bad has happened in your building. Also check out your building's history, the general rule is the older the building the more chance there is of it being haunted if you've been experiencing things. Many of these records can be found online, from here you should be able to tell if your building has had a bad past. If so, it should be easy enough to find out what has happened and to who it happened to, then you can make a pretty accurate guess as to who the ghost is and why they're still here.

However getting them to leave can often be impossible, they may be here for a reason that can no longer be resolved and therefore shall remain trapped in our world.

Depending on your beliefs you could try various methods to remove them, exorcisms are mainly a Christian method and involve a priest removing the ghost through using the power of God. However, you could try various things if you're open minded, such as spells, placement of special items and communication with the ghost to ask it to leave. People also believe that some spiritualist mediums can open a gateway to the afterlife and help the spirit leave, but sometimes, just sometimes, there is nothing that will work.

Hopefully this has helped you to answer the question of is my house haunted with reasonable accuracy. But if the answer is yes, don't start searching for methods to remove the presence straight away, many people don't mind living with a spirit, some can even be quite helpful.

We've now covered the question of is my house haunted, but what if the haunting is something within your home. Occasionally certain manifestations concentrate themselves on a particular object. The reason for this is because the object could have had significant meaning to the spirit during its life and it is linked in some way to the object. For example, a statue could have been a present from a man to his wife, the husband passes away and the statue greatly reminds the wife of her late husband. As she refuses to let go of her loss she places more and more sentimental value on the object, linking herself to it emotionally. If the woman remains here as a spirit after passing on, the most meaningful thing she has left is the object. If this object moves into the possession of another person or changes location this could upset the spirit and lead to paranormal activity centered around the item.

How to tell if an object is haunted

There are various signs of an object haunting that make it different from the standard ghost or poltergeist, common paranormal activity, such as the sighting of apparitions or the sounds of footsteps from unexplainable sources are not part of an object haunt. The activity will be exclusively focused on the item, for example, the item might be moved into a specific place when no one is around or it might rotate itself to face a certain direction or be in a particular position. Quite often however, if such signs are present and they are repeatedly dismissed or ignored, this can sometimes lead to further activity in the form experienced from the average ghost.

But I don’t want a haunted item

I bet you don’t, it’s basically the only way in which someone can actually buy a ghost, even if it is unintentional. The most straight forward answer for getting rid of the presence would be to get rid of the item. However, if this is what you’ve decided to do, the item should be removed from your home in a sensible manner, such as returning it were it came from or selling it to someone else (and not mentioning they get a free ghost) the item should never be destroyed or thrown away as rubbish as there is a good chance this could greatly anger the spirit and possibly cause it to demonstrate its anger upon you. You might not think twice about throwing away a cheap item you think is accompanied by a spirit but at the possible cost of unleashing a poltergeist for example, it’s not really worth the hassle.

Is my house haunted - Back to top