So what is a Ouija board? 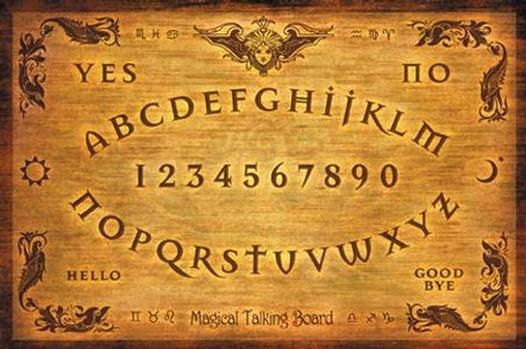 Also known as a spirit board or talking board, it is usually a flat board marked with letters, numbers, and symbols, which people believe are used to communicate with spirits. It uses a planchette which is a small heart-shaped piece of wood, or some kind of movable indicator to show the spirit's message by spelling it out on the board during a séance. The fingers of the people participating in the séance are placed on the planchette or indicator, which then moves about the board to spell out messages. Supposedly the movement of the indicator is greatly influenced by the spirit in which the group are trying to communicate with. This is said to be done by either the spirit directly influencing the indicator or by channeling itself through the people placing their fingers on it and mildly controlling them to move it to certain letters or numbers.


Why is it called an Ouija board?

Well, it seems that no one is actually sure of this although there are various theories. The common belief is that the name comes from the French and German words for yes ("oui" is French for yes, and "ja" is German for yes), personally though this doesn't seem to make sense to me, why would you call an instrument for communicating with the dead a yes yes board? It seems this name is just something that sprung up through time, there are many names for the instrument, such as a spirit board, a weegee board, talking board, dead board, the list goes on.

This question is along the same line as "do ghosts exist"? Which it seems no one will be able to provide indisputable proof either way (ghosts do exist though, HA! Take that skeptics!). But even some of those who believe in ghosts deny that it works. The most popular argument against its effectiveness is that one of the group taking part physically pushed the indicator to say what they wanted it to say. But again, this is along the same lines as "that ghost photo is fake, you edited it". 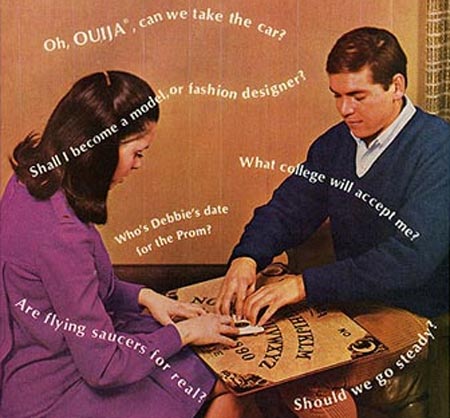 A massive part of this question all comes down to personal beliefs. There are some very convincing people who hold séances though that have converted many non-believers. My advice to you would be to make up your mind by experiencing a séance yourself. But if this is something you want to do I would greatly recommend booking a place at a séance reading with an experienced professional instead of trying it yourself.

Ouija board - Back to top