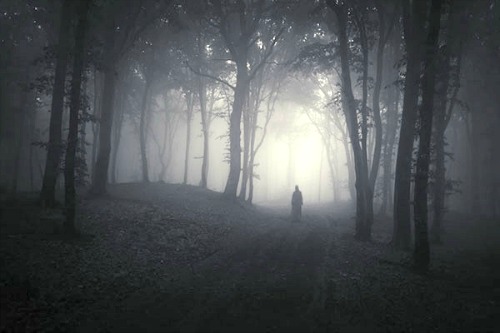 Welcome to the Haunted Hovels list of the top ten most haunted places in America. The locations on this list have been chosen not only from their popularity as a haunted hot spot, but also from how active the ghosts are and how intense the paranormal experiences people have had there.

Click on a link below to see the history and the ghostly activity that goes on at that particular place, but please note the list hasn't been organized into a ranked top ten due to people having different opinions of how haunted somewhere is, and also locations are often considered more haunted due to the amount of media attention they receive. But the places listed can easily be placed within the top ten of the spookiest spot you can find in America.

Our list of the top ten most haunted places in America begins with the countries most famous prison and one of California's most popular tourist attractions. Prisons normally create conditions which are likely to produce unhappy and lingering spirit's, but Alcatraz seems to have excelled at this. Well known for being haunted this prison has sent many a visitor running for the door.

The plantation has got its ghostly reputation through slightly different methods of paranormal activity. The most notable thing about this location is the shear strength of the atmosphere, making people burst into tears or being so over come with an unpleasant emotions they've had to leave.

An impressive ship and a true engineering accomplishment in its day, also truly scary as hell. The ship today acts as a tourist attraction and hotel, as its permanently harbored and no longer capable of voyage. But it seems some of the people who enjoyed it so much in its day refuse to leave and make guests staying here well aware of their presence. It even includes a room that is so haunted, no one is allowed to stay in it.

This house is so haunted it has ghosts that occupied the spot before the house was even built, lovely gardens though.

The world famous Stanley hotel is known equally as a quality rest spot for some big names as well as its ghosts. Being the site which inspired the creation of the book, "The Shining" says it all, and if you haven't seen the movie i suggest you watch it and then you'll understand how creepy this place can be.

A brutal and unsolved crime was committed here many years ago which was the foundation of one of the most well known haunted spots in Iowa. The house is on the list since its so small, but what happened here can never be forgotten, mostly because the people who were involved refuse to leave.

Sanitorium's don't especially have good reputations, and many were overcrowded and under funded, and on top of that they didn't actually have a cure for the disease which put people in them. Waverly hills has seen the worst of the things which can happen to people who have to go to these places, sometimes having triple its capacity and the death rate to match.

What happened at this mansion was so barbaric that its almost unbelievable. The real life story of what happened here is enough to make most horror films look like Disney movies. No wonder it more than deserves its place on the list.

The Lemp mansion is a classic haunted house with some heavy activity. All sorts of things happen here, and its been heavily featured throughout the media for its ghostly goings on.

Finally on the list is the second place that's got onto here due to its treatment of the slaves that lived and died here. With tales of the horrible conditions they suffered and also a tragic love story, the plantation seems to have earned its reputation.

We hope you like our pick of the top ten most haunted places in America, but if you know of a haunted location that's not on the site then you can share your spooky story by using the form you can find