Welcome to our section of haunted places in Massachusetts. Please select a link below to view information on that location.

If you know of any haunted places in this state which are not in the list then please tell us about it and share your experience, you can submit a haunted location by clicking 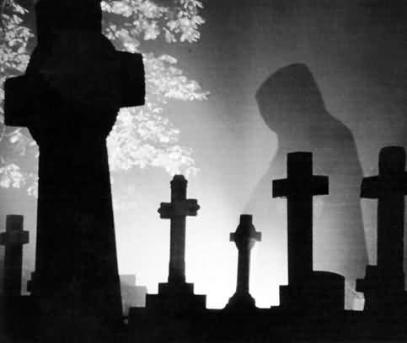 This section on Haunted places in Massachusetts will grow fast and locations will be added when time permits, so check back if you don't find what your looking for. Alternatively, if you know of a haunted location that isn't in the list, then feel free to submit one by clicking the above link. The Haunted hovel aims to have the most complete list of haunted locations on the web, so stay tuned, it'll be worth it.

The state has been mostly formed from European influence and has seen its share of different cultures. Many of the hauntings in this state are from the 1700's when it was first colonized. Stories of old civil war soldiers and British red coats are common here, and of course not forgetting the classic native American hauntings.

Other Haunted places in Massachusetts

Turn Hall is located on Turners Avenue in Adams, Massachusetts. Downstairs, there is a gym, bar, and bowling alley for members and residents of the Adams area. Upstairs, there is an appartment, that is occupied. Two friends were reported to have been looking out a bedroom window into the gym and seeing unusual things. There are a few people associated with Turn Hall that were members that have passed away that have also been reported to have been seen dowstairs in the bar room. There was a coach for gymnastics that commited suicide a few years ago that has been known to answer people's calls and still be watching over her workplace.

Originally Built in the 1930's it was primarily a Jewish club for older men to come and exercise. Ghosts of these elder men still exercise with the teens from today. Unknown splashes and bubbles in the pool, showers in the locker room turning on by themselves and lockers opening and closing on there own.

The first selectman of the town pushed his daughter out of a second story bedroom window, killing her. Footsteps have been heard on the staircase, doors open and close suddenly, and candles are reported to be seen by passers-by on certain nights. Also scratch marks found on the window of the room the daughter was murdered in.

This bowling alley that is still open used to be a movie theatre. It used to be called The York Theatre. A long time ago someone planted a bomb in the theatre, which blew up and killed a lot of people. At night when closing the bowling alley you can hear the children that were killed laughing. You can also hear footsteps upstairs where the old theatres where.

Around this huge cemetery there are many other smaller cemeteries. Ghosts have been sighted at the statue of Jesus being held up by an angel. Sounds of children laughing and other ghostly sounds.

Over 200 people died there in the early 1900s when it was being built. Sensation of being watched and feelings of someone brushing up against you have been felt. Flashlights will go dead and then will work again once you’re at the bottom. One person reported being chased out of there by a ghost.

This Road has had very frightening acts since the early 1800's. It is known to send you home feeling frightened. This is where nuns where hung after practicing witchcraft in the mid 1800's. Nuns have been seen at night all around the property.

Reports of noises being heard throughout the hall. Shades often going up without anyone near them, sounds of marbles rolling across the roof, and hissing noises that travel throughout each room. Trees outside forming the letters to spell out the name Julie, a girl who mysteriously disappeared from the 4th floor. Hand prints found on the outside part of a 3rd floor window. Keyboard letters going up and down as though someone was typing when no one was near the computer. Banging on headboards until someone yelled stop, then the noise went away.

Originally a hotel of ill repute, then a dorm for Emerson College, now it is currently selling condos. Haunted by persistent flappers, drug-addicted dandies, and an old man with a beard. Parapsychologists filmed ghostly horses in the lower basement, which once served as the stables.

Built in 1903, the Majestic has been noted as one of the most haunted theatres in the district. A mayor of the city died in the theatre during a performance and today he is still seen in his seat. There is also a little girl and a married couple dressed in turn of the century clothes that haunt the now un-used balcony.

The Crosby Mansion has only been seen by a few people, the people have said that the house has no electricity and that lights were flickering when nobody was there. Also People have seen blood marks on the front step.

one of the bathrooms on the second floor is haunted. a girl hung herself in there. now if someone is in the bathroom alone they hear a noise of a girl choking. Another thing that happens sometimes if you take a shower in there and you are alone in the bathroom all the showers turn on by themselves. another place that is haunted is the stairway.

Paul Revere's old work place in Canton is now a house that is rented out. From time to time weird noises happen, and sometimes things such as belongings, doors, and windows move. Sometimes the windows open by themselves.

There seems to be quite a few rather friendly spirits in this original 1787 Inn. A few of these visitors have been captured on film. Most active is "Elizabeth”, who must be a 17 year old "Brat". She likes to slam doors, stomp up and down the hallways and move or throw things to bizarre locations. She also likes to talk to young children, who always report with the same words, "I was talking to the Lady". There is also a Civil War soldier seen in the upstairs hallway, and a past innkeeper often seen in the tavern.

The old buildings lay on top of a high hillside. Police monitor surrounding areas. The buildings are bare and empty. Candles are seen through the windows at night. However Most buildings have been demolished for the building of condominiums. Only the main administration building still stands.

After the Park closed in 1986, it lay abandoned. Strange sounds, such as carnival-type music could be heard. The Park has been the site of many deaths over its 100-year history, including a worker who fell off the roller coaster in the mid 80's. Most buildings have since burned down.

Many respectable town officials and clerks have heard odd noises over the years (when the facility is empty), heard knocking sounds coming from a door that opens to a wall, heard footsteps when alone in the building, etc. Supposedly haunted by an older woman.

Noises and whispering can be heard. When standing in one of the many rooms there are often more than one and up to 4 doors from which you will see shadows fly by and even see shadows linger in the doorway. On the far end of forts, it has been known that sometimes if something is thrown into the doorway it comes flying back out at you. Possesses many evil-like characteristics, such as the steps of the stairs leading down to the forts are diagonal and extremely awkward to walk down.

There is a cemetery on October Mountain that is supposedly haunted. There are many stories of people hearing humming noises and seeing ghostly figures of children.

this was a cotton mill along time ago. Tourists and staff have reported seeing apportions of ghosts in the museum on the second floor.

This inn has 2 or more ghosts. one is a young man who died on the property while living in the house. The other is a woman, "Rosemary" is thought to be the caretaker of the house. Both ghost are non-malevolent and have been seen and heard many times.

throughout the construction of the Hoosac Tunnel, nearly 200 workers died. it is said that the tunnel is haunted by many of these souls. there was even an alleged murder that took place, and the ghosts of the victims are said to also haunt the tunnel.

The second oldest cemetery on the island. it is haunted by a small child named Mary Abby. She has interacted with children and told them she was looking for her father. In the early 80's, the town cleared away some brush around the perimeter of the graveyard and did uncover a small headstone for a 3 year old girl named Mary Abby.

The town's clock tower is reportedly haunted by it's first pastor. Children are scolded by him for being too loud, and can also see him when adults standing nearby can't. There is a portrait of him in Hendrix Hall that watches you from all spots in the room. His disembodied hand has been seen in windows waving goodbye to visitors as they leave.

Rumored to be built on top of an Indian burial ground, there are lights that will turn on by themselves, the sound of running water in the lobby where there are no pipes or toilets, and footsteps. There is the ghost of a woman that can only be seen out of the corner of the eye and exudes a scent of gardenias or roses. Jamaican chamber maids will refuse to clean the rooms where she has recently been seen in the past.

Ghostly shadows have been seen. The sound of shattering glass is often heard at night though all of the windows are broken and the houses are completely empty.

During the mid 1800's, the minister of this church died during a sermon. His ghost has haunted the church ever since. Sightings range from candles lighting spontaneously in the chapel to footsteps going up stairs that have been removed.

People have reported seeing ghostly figures that supposedly committed suicide in the millhouse down from the millpond. The sightings include a young man and young woman hanging together, and the original owner of the mill, who is also hanging in the millhouse.

The house where George Washington's doctor lived. In 1800's a family lived in the house, one day native Americans attacked the house and the parents told there children to hide in the closet that couldn't be opened from the inside. The children died and after the closet was opened the bodies where found and scratch marks where found on the wall.

The Goss Building is definitely haunted. Staff have seen a man in white walking the halls of the third floor. Also, there is a corner room at the front of the building (third floor) that gives everyone a creepy feeling.

At the time slavery was declared illegal in Massachusetts a sea captain chose to drown his slaves in a cistern in the cellar rather than set them free. Since then paranormal occurrences have been witnessed at this house by many people.