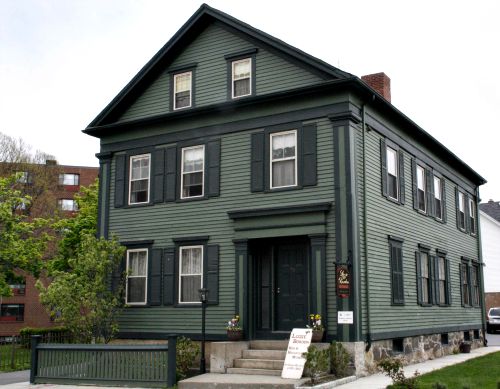 Brief History of the house

The Lizzie Borden murder house as its now known, has a rather basic history, since it's just a normal house on a normal street. But the reason it is so well known is for the horrific crime committed here back in 1892.


Andrew Borden lived in the house with his wife, Abby and his daughter from a previous marriage, Lizzie. Andrew was known for being a very successful businessman, holding the title of both president of the Union Savings Bank and a director of the Durfee Safe Deposit and Trust Co. At the time of his death he was valued at $300,000, which is just under 8 million in today's money.


However even though he was quite well off he was also known for being incredibly tight. There was no plumbing on the ground or first floors of the house and he also kept tight control over his family. Though this was no reason for what happened next.


The murders that took place in the house have been hotly debated since Lizzie was acquitted on all accounts, which made the trial nation wide news at the time.


The most common story is that Abby was cleaning one of the bedrooms on the first floor when Lizzie came into the room holding a hatchet. She attacked abby and hit her in the head just above the ear which knocked her to the floor, Lizzie then proceeded to sit on her back and hit her in the back of the head 19 times.


After this Lizzies father, Andrew, came home from his morning walk and Lizzie helped him take off his boots and into his slippers. He feel asleep on the couch and then Lizzie attacked him with the hatchet. She hit him 10 or 11 times in the head which split one of his eyeballs clean in half, suggesting he was asleep at the time. 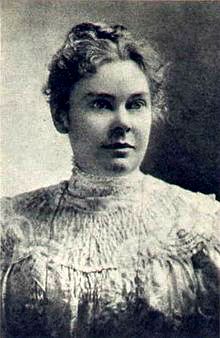 The reason she was acquitted was due to a poor planning of evidence and contradicting statements. She was acquitted on all accounts and set free, though she chose to remain in the house for a number of years afterwards.


Today the house is open as a bed and breakfast and isn't afraid to share its ghostly tales. It even holds regular séances and ghost hunts and even serves the same breakfast Andrew and Abby customarily ate.

If anywhere is going to be haunted because of the things that happened there, then this place has just a good chance as any. However there is also the "camp fire" effect where people often make up stories at places such as this and since the owners like to play on the crime that happened here its little surprise there's so many tales.


But then again that doesn't mean the stories of this place aren't true, and there's a good reason for there to be ghosts here.


There are often strange things experienced on the ghost walks and séance's, with strange sounds such as banging noises and the sound of wind gusting through an empty room were all the windows are closed.


There are also claims of apparitions being sighted here, but some of the stories are a bit to bold to be taken seriously. One such claim is the sighting of Lizzie's apparition who has been seen holding a blood dripping hatchet and actually charging at people, only to disappear just before getting to them.


There are so many stories of this place to mention and some of the claims are obviously false, but there always the chance that few of the tales that slip through are true, and due to its past there's good reason behind it.