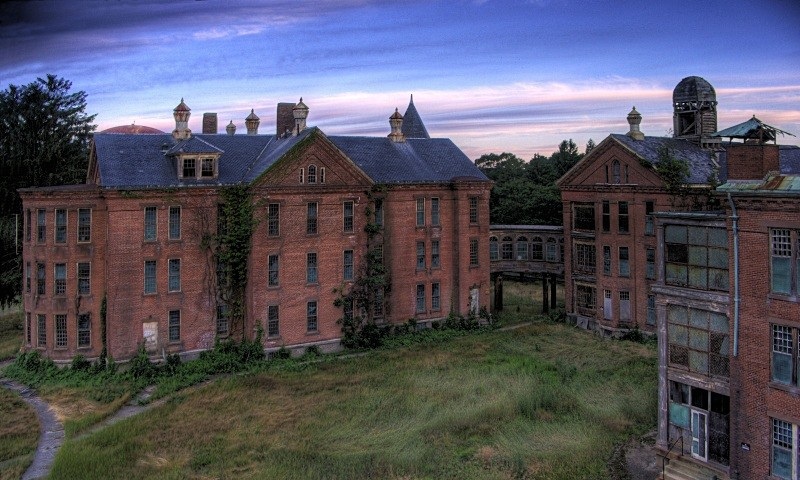 Taunton state hospital was opened in April 1854 and was originally known as the the state lunatic hospital at Taunton. The hospital was the second in the area after one built at Worcester, and was created to accommodate the rising number of patients within the state.

The hospital became quite large during its expansion period from 1870 to 1906 and included many separate buildings from the main structure. These included crisis centers, sick wards,  juvenile facilities and group homes.

The hospitals main building was abandoned in 1975, and then in 1999 the main dome over the administration building collapsed, perhaps setting misfortunes for the building into motion. In 2006 a large fire broke out in the central building and the parts affected by the blaze were leveled. 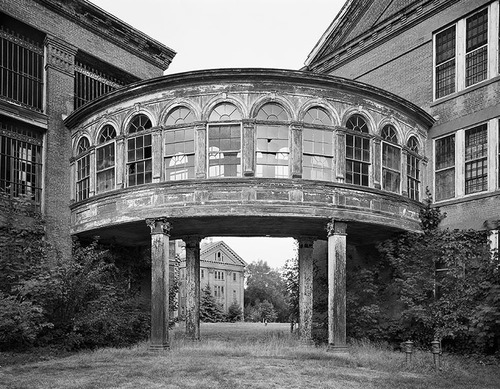 Further demolition work then began in 2009 and ending early 2010. During this work most of the original features such as the vintage plumbing and original iron gates were sold to various companies across the US.

Today the main building is all but gone but there a various accompanying buildings on the grounds which are still present. Since 1994 the property was added to the National register of historic places.

One of the most common stories of hauntings at the Taunton state hospital include that of satanic rituals, Ghastly tales of patients being used for anything from simple rituals to sacrifices. Stories include nurses and doctors taking patients down the basement, normally by force, dragging them screaming to the basement, were they fell forever silent.

This is thought to be the most haunted spot in the whole hospital and the most stories are told about this area. On one hand there are the skeptics who don't even believe there was any kind of satanic cult here, let alone sacrifices and rituals in the basement. Also there were no convictions for such activities during the time the hospital was in operation.

Whether the stories hold any truth or not seems to be something that we will never know, but one thing is for sure and that is the most stories of hauntings at Taunton state hospital come from the basement, and its not as if it was lacking for resources to create other ghosts here. Jane Toppan was housed and died here, a serial killer who butchered 31 people.

Stories from the basement include people experiencing very uneasy feelings, anything from feeling sick to feeling an unexplained sense of terror. Workmen who demolished the building reported the basement as one of the places in the building you will have the strangest feelings, as well as many visitors and guests to the premises claimed to feel ill or paranoid in the basement. 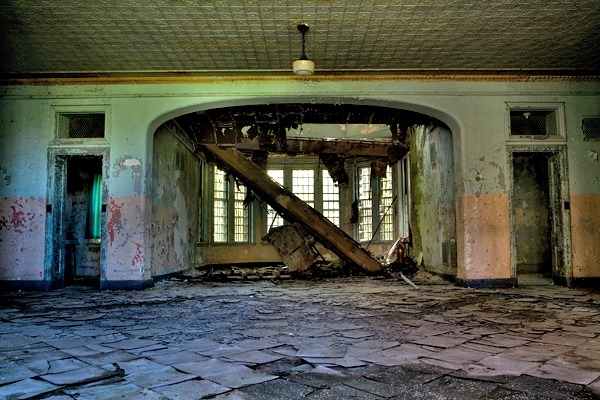 The scariest tales of the basement or not in the creepy feelings it creates or even the reports of moving shadows coming from no were which creep around the room, but from the unexplainable markings on the walls. Symbols and strange shapes and words in unreadable text would appear scrolled across the walls, only to reappear or change if cleaned off.

As for the rest of the building there are many stories of paranormal activity. Knocks on the door coming from the inside of empty rooms and footsteps coming from empty hallways are a common experience. Apart from the usual tales of buildings like this the only other notable experiences come from the stairs in the central building were staff have reported a feeling of being stopped from walking down the stairs. As if a strange force was repelling them from the bottom.

A shadowy spider like apparition is the only other repeatedly reported spirit here. Described only as being the shape of a small man and appearing to be made from a shadow, he would creep into patients rooms and sit on the walls or roof and seemingly gaze at the terrified patients. 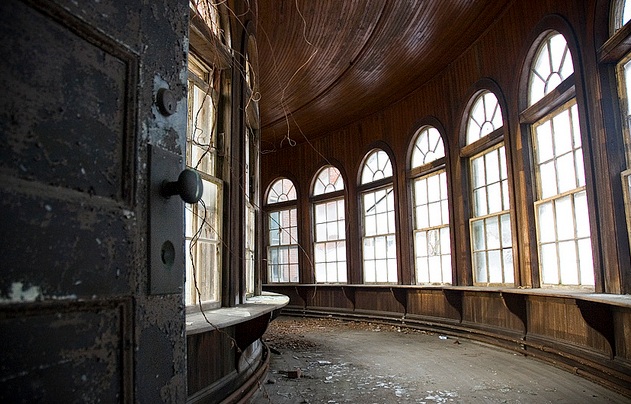 Taunton state hospital - Back to top