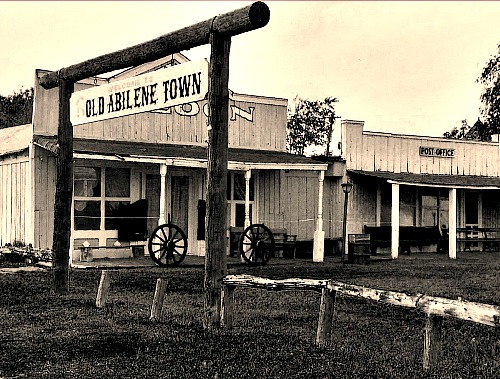 Old Abilene town was established in the year 1857 as a stage coach stop in Dickinson county which was founded the same year.

The town was established by Timothy Hersey and was originally called Mud Creek before having its name changed in 1860 to Abilene.

The town grew quickly with the Kansas Pacific railway making access though the town in 1867, and also by the purchase of 250 acres of land by Joseph G McCoy who created many jobs in the town by building stockyards capable of holding 2000 cattle, stables and a hotel. 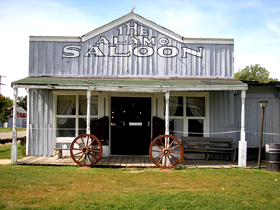 The town continued to grow and became the Wests first "cow town" supplying meat as far east as Chicago. In 1871, over 5000 cowboys moved up to 700,000 cattle through the

Over the next few years many travelers came to the prospering town and in 1892 the family of Dwight D. Eisenhower moved into town where he attended elementary school through high school.

Well, i don't know if you saw those figures in the history section but 5000, 5000 cowboys moving into town in one year, and we've all heard the tales of cowboys. Old Abilene town became one of the wildest towns in the west creating all kinds of tales associated with cowboys and outlaws.

It is thought to be the most haunted town in all of Kansas with countless tales of ghosts and almost every single building in the town thought to be haunted by past residents or of those who never managed to leave the town alive.

Almost all the buildings in the Town are the original buildings from the days when Tom Smith and Wild Bill Hickok resided in Abilene and there are thought to be many of the town original inhabitants still living in the town, well, not living as such, residing shall we say. 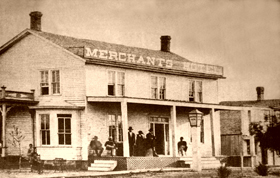 Various paranormal investigation groups have conducted research in the town and its buildings only to find that the whole area is extremely haunted. From the ghosts of cow boys who gunned each down during duels in the main street, to the spirits of quiet, old townsfolk who ghostly shadows slip through the buildings at night.

As for specific activity ion the town it would simply be to long to list every encounter that's happened here. Every possible type of activity can be found here, from cold spots and the feeling of being touched when no one is there, to the unquestionable apparitions of cowboys and townsfolk past.

The town holds tours and reenactments of gun fights and saloon life. This is highly recommended for a visit if you want to experience the paranormal and is on my personal wishlist of places to visit. 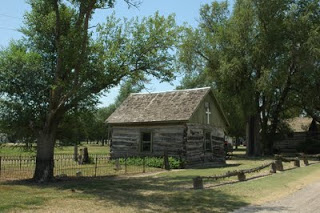 Old Abilene town - Back to top