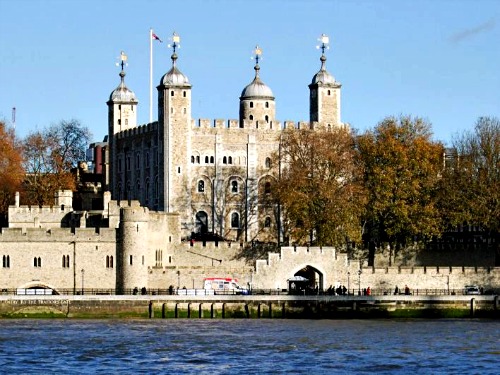 Founded towards the end of 1066 as part of the Norman conquest of England, the tower also house's the crown jewels, a tradition started by Henry III during the mid 12th century.

The tower gets its name from the "White tower" which was built by William the conqueror in 1078 and was a resented symbol of oppression from the ruling elite onto the common people of the city. The tower was used as a prison from the year 1100 right up until 1952 and houses some of the countries most well known criminals, such as various members of royalty and top commanders of the various forces who fought in the country, up to famous gangsters such as the Kray twins.

The tower saw various expansions over the years, mainly under the Kings Richard the Lionheart, Henry III and Edward I in the 12th and 13th centuries. It numerous additions also helped it to change functions, and in its lifetime it has been an armory, a treasury, the home of the royal mint, a public records office, home to the crown jewels and a menagerie, which is a type of early zoo.

Today the tower is one of the most visited tourist attractions in the country and holds regular tours of its grounds and of the jewels kept there. Please check with the venue directly to see tour times and admission details.


Is the Tower of London Haunted?

The most well known ghost at the tower of London is that of Anne Boleyn who was beheaded here in 1536 for treason against Henry VIII, and she is said to haunt the chapel of St Peter ad vincula. There are many reports of her ghostly goings on inside the chapel, including touching visitors and moving objects around the room. She is also thought to haunt the white tower were people have claimed to have seen her walking around holding her head under her arm.

Other famous ghosts at the tower are believed to be the spirits of Henry VI, Lady Jane Grey, Margaret Pole and the Princes in the tower, who were Edward V, Richard of Shrewsbury. They were placed there by their uncle Richard Duke of Gloucester who was supposed to look after them while their father was crowned king, but he betrayed them and they disappeared after he took the thrones by himself, they are believed to have been murdered.

Since it is a very popular tourist attraction there are thousands of people who have claimed to have seen something within the tower, but there are also some very credible witness statements to its hauntings.

These include a sentry on guard outside the Jewel house who claimed to see the apparition of a bear charging towards him, he is said to have died a few days later of fright.

In October 1817, a tubular, glowing apparition was claimed to have been seen in the Jewel House by the Keeper of the Crown Jewels, Edmund Lenthal Swifte.

The night staff at the tower frequently report various all manner of hauntings and terrors in the darkness, but who knows how accurate these stories are. The best way to learn of the towers hauntings would be to pay the place a visit yourself and see if you can catch a glimpse of some past royalty.

Tower of London - Back to top