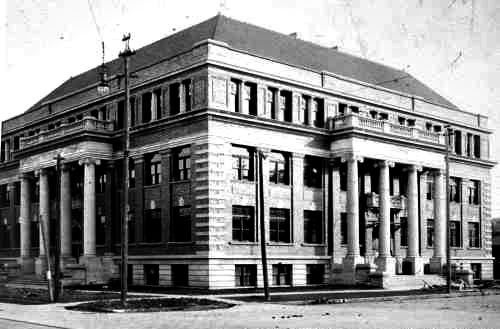 Brief history of the building

The Temple theatre was built long after the university first opened its doors in 1869. Even though the campus was spread across 4 city blocks, it soon began to outgrow its space. To consolidate some of the buildings functions the theatre building was built in 1906, to act as the university's new theatre as well as an activity center for the students.


The new construction had no expenses spared in it and was built in the Franco-Italian Style, complete with marble stone pillars at the entrance and an engraved stone above the main door which simply says "Temple".


Since the building has always been, and still is a theatre there doesn't really seem to be a reason it should be as haunted as people say. There were however 2 officially recorded deaths here, with the first being an art student who died in the 1940's during a rehearsal, its said he fell from the overhead rigging above the stage and died from his injuries.


The second death was a man named Dallas Williams who was the department chairman of the building, he died in the building of natural causes.


As for visiting the site it is open in the same way any other university building would be open to the public, please contact the university directly if you wish to arrange any sort of investigation.

Is the Temple Theatre Haunted?

Probably the most well known spirit here would be that of Dallas Williams, mainly because it seems he continues to practice his unusual teaching methods. He was known for his wild behavior and unusual approach to interacting with his student, with one of his most well known traits being the throwing of chairs.


There have been many reports of chairs being thrown across rooms known to be empty, with some students even claiming to have seen one thrown right in front of them.


As for other spirits there are only another two that are recognized. Their names are not known but they have both been seen on numerous occasions. One is that of a young girl who is said to walk the corridors, only to fade away if someone gets to close. The next is the mysterious sound of tapping feet, as if someone were practicing a few dance steps, though upon inspection of the room they were coming from no one is ever found.