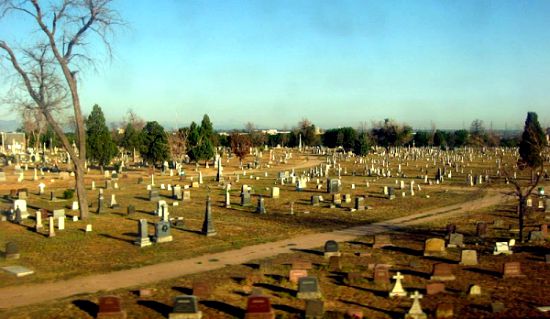 Riverside cemetery is the oldest operating cemetery in Denver, with close to 70,000 people buried here. It was established in 1876 and when it first started to sell plots, many of the wealthiest citizens chose to bury their dead here due to its secluded location and surrounding natural beauty.


Up until 1910 the cemetery didn't actually keep any sort of death records, and hundreds of unmarked graves started to appear. During the 1890's the Burlington railroad was completed and passed close to the cemetery, making the area into an industrial zone, which prompted a lot of the wealthier relatives to have their dead exhumed and moved elsewhere.


After the area grew nearby cities also started to send their dead here, which forced the cemetery to expand. Though this didn't seem to help the problem as the growing industrial trades in the area also needed more land.


The cemetery accepted its last grave in 2005 and ended up being spread across 77 acres. It is still open to the public today but is suffering from poor funding and the grounds and many of the graves are not as maintained as they should be.

Riverside cemetery is home to thousands of people, including some big names in American history, as well as over 1000 war veterans.


There have been various paranormal investigations over the years and one thing most of them seem to pick up is electronic voice phenomenon. All kinds of strange whispers and phrases have been captured on tape, with the area around the administration buildings seemingly being the hot spot.


Apparitions are also commonly reported, though identifying any of them would be impossible. Below is a picture sent in by a reader who captured the image on one of the bridges in the cemetery. 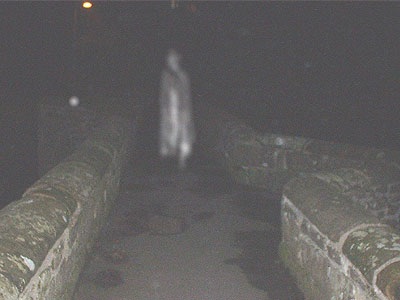 There are no stories about any of the spirits in the cemetery being harmful in anyway, and some have even claimed to have felt a friendly, warming sensation when seeing them.


As for other activity orbs and strange mists seem to appear in camera quite a lot, with the mists always seeming to be in strange spiral patterns and always coming out of the ground.