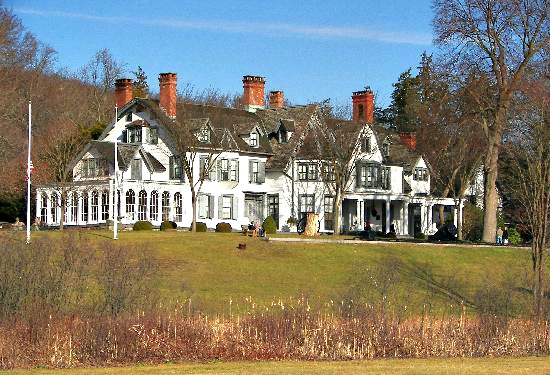 Ringwood manor was built in 1807 by Martin J. Ryerson who purchased the historic ironworks on the land and had the Manor house built to live in while running the metal business.

The manor served as a headquarters for him while he ran his metal business across three counties he produced many important pieces of work which were shipped out all over the country, he even made shot for the war of 1812.

The manor and its grounds are spread across an area of 479 acres and in 1966 was declared a national historic landmark district. The manor today is privately owned and is park of the Ringwood state park which also includes a recreational area and the Skylands manor. Also Martin J Ryerson who built the manor started a steel company called Ryerson Steel Company which survives to this day.

There are thought to be a number of ghosts here at the manor. Exactly how many is not known but there are certain spirits that have made themselves known on many occasions.

One of the most frequently appearing spirits is that of a maid who worked in the house. Who she is or how she died is not known, but she likes one of the smaller bedrooms on the second floor. She is most active after dark and people in the building have heard footsteps and thudding coming from the room, but the most disturbing is the faint sounds of crying, which continue right up until someone opens the door to find an empty room. People have often come to the room to find the door slightly open and the bed ruffled as if it had been slept in the night before, thought there was no one in the room to sleep in it. 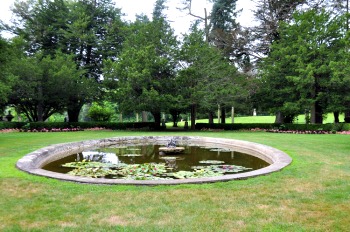 Information on the next ghosts is a little sketchy. There is a grave near the pond were witnesses have seen a ghostly apparition sitting next to the waters edge on the grounds staring out over the waters but who he is remains unknown. It is thought that it is the spirit of whoever is in the grave, thought to be a General Erskine. The only information i could find on this however was a for a man named Robert Erskine who was a Scottish inventor and engineer who joined the American independence movement and reaching the rank of colonel.

Near the grave of Robert Erskine is another unmarked grave of considerable size. The grave is thought to contain a number of French soldiers who fell nearby during the Revolutionary war. The sounds of soft muffled voices speaking French have been heard, as well as apparitions which have been seen walking along the shores of the pond.

Ringwood Manor - Back to top