Welcome to our collection of the most haunted places in New Mexico. From the crumbling walls of civil war forts to Ancient Indian settlements, New Mexico really does have some worthy contenders to match any other state. 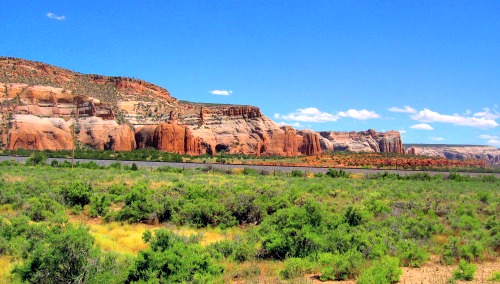 Other Haunted Places in New Mexico

Before this building was a courthouse it was a regular residence, lived in by a French man and his Spanish wife. The story goes that he became abusive and this led to her killing herself in the building. After this it was used as a courthouse and many people were hung from the tree out front. The spirits of the people killed and the unhappy Spanish woman are said to haunt here to this day.

Ther is only believed to be one ghost that haunts here, and that is the spirit of an old woman who people claim to have heard crying out for her lost child. The story goes that she lived near by with her son and one day a flood broke out in the area and swept through her house, carrying her boy into the creek where he died.

This old wild west style tavern has certainly seen its fair sahre of action over the years, and today is thought to be home to some of those people who were on the bad end of that action. Apparitions of cowboys and even a child Chinese railworker have been seen here.

The whole of this ghost town is believed to be haunted. There have been dozens of different apparitions seen here with everything from workers and cowboys to a mysterious woman in a flowing white dress.

The stories from this place are probably just campfire storys, but yet consistent tales from here still keep coming. There are many abandoned mine shafts in the area and the activity on the lake is thought to be from the deaths caused in them. People have reported strange glows and lights coming out of the lake, normally right in the middle of the water, though there is never any sound with them.