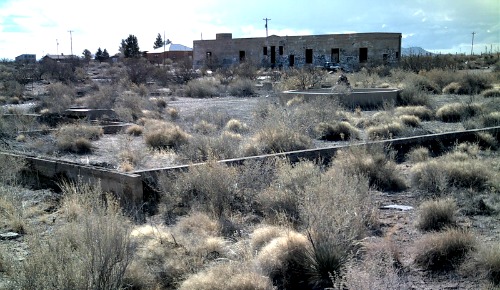 Today the surviving buildings of the Holy Cross Sanatorium stand in ruin, covered in graffiti and never to be renovated. It served a rather short term as a medical facility since its day of opening in May, 1923, but this was due to economic reasons, with it finally closing in 1938.


Though in its day it was known as one of the finest establishments around, and was fitted out to exclusively treat tuberculosis patients. The grounds themselves used to hold a few hospital buildings and was called Camp Cody. This was purchased by the Sisters of the Holy Cross for $250.000, and after the renovation's and building work was complete was renamed to the Holy Cross Sanatorium.


Below is an aerial image of the sanatorium grounds when it was in operation, it is a stark contrast to the ruined building which can be seen at the top. 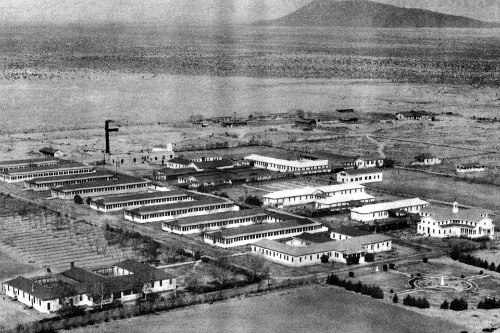 A year after its closing in 1938 a huge fire broke out. Who or what started it is unknown, but the blaze consumed all but three of the buildings. Today these three ruined shells are all that remains of the original building's.

Is the Holy Cross Sanatorium Haunted?

This place has become somewhat known for its urban legends. Since sanatoriums had rather bad track records due to medical knowledge of the day, it is well known that many people would have died in these buildings.


Records about the surviving buildings and what their functions were is hard to come by, but that doesn't seem to have stopped the stories from coming. The most common urban legends include things such as a tunnels that lead straight down to the underworld, and cult practices were people have gone as far as to sacrifice things here.


It would seem that all of these stories are just camp fire tales, but there are a few consistent claims from various people over the years who have all experienced the same things.


The activity here does seem to be quite minimal, with general, low level things such as strange mists only appearing on camera, and the strange eerie feeling of being watched by unseen eyes. However there are a few bolder claims which include seeing apparitions inside the building. People have reported both patients and nurses alike, always just standing still and staring at the floor for a few seconds before disappearing.


Most of, if not all of these claims are probably dismissible as just another urban myth created by someone who was spooked out by the creepy look of the building.