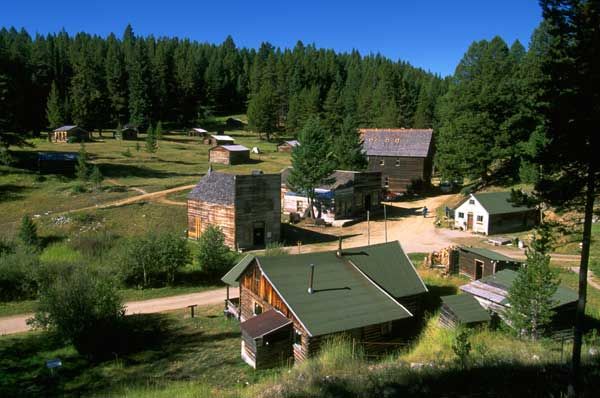 Garnet ghost town is known as such today due to it being abandoned instead of it being infested by ghosts.

The first parts of the town were built in the early 1800's when miners moved north from California and Colorado after the mining method used there, placer mining, started to produce less and less gold.

The town was named Garnet because this was the first valuable resource gathered in the area, although the main resource quickly became gold.

The steadily grew through the years until it reached its peak in 1898 when around 1000 people lived in the town. Shortly after this boom the towns population rapidly shrank due to gold veins drying up and in 1905 the town had a population of around 150.

The town had another small population boom in 1934 when President Roosevelt doubled the price of gold, but the town quickly went back to its shrinking status when world war 2 started. After this the remaining people in the town slowly trickled away as there was no trade there, and combined with the general type of buildings, ones that were quickly put up just to house the miners, it just was practical or cost effective to keep repairing them.

Garnet ghost town is known as a ghost town simply because it is now completely abandoned, not because of the ghosts that reside there. The town of Garnet is known for being the most actively haunted ghost town in Montana.

This is not due to the sheer number of ghosts that reside here, but more so for how those ghosts make themselves known.

As for the actual identity of the spirits that reside here it seems that it is something which will forever remain unknown, but that doesn't make them any less noticeable.

There were a number of miners who died in the various shafts and tunnels due to the safety equipment and regulations, or rather lack of them during the day. Apparitions of these miners have been seen all over the town but no more so than wandering around the hills and near the mine entrances, only do disappear if someone else gets to close or calls out to them.

The most well known ghost in the town is that of a women who was executed here after being convicted of murder. Who she was and who she killed is unknown, but her apparition is one of the most commonly reported ones from the town, most often being seen around the hotel or silently walking down the main pathways. 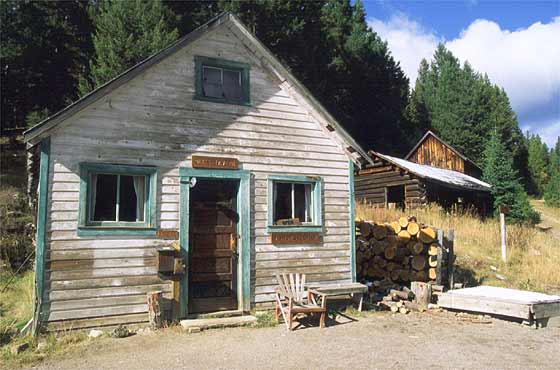 Apart from the usual spooky stories you could expect to come out of this type of place, one thing that seems unique about the hauntings of this town is that on the photos that people take here, there is a mysterious mist which appears on the developed film. This mist isn't seen with the naked eye, but only shows up on photos, and to make it even creepier still, the mists that show up often have the feint outlines of peoples faces were eyes, nose and mouth can all be made out.

The town depends on donations to maintain itself and often holds tours and lets people in to look around on their own. Definitely worth a look if you are in the area.

Garnet ghost town - Back to top