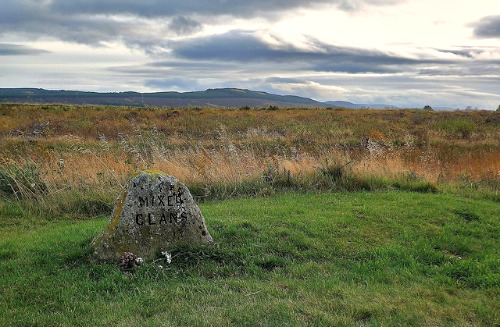 History of the Moor

Culloden moor was the site of the last battle ever fought on British soil. It was the last battle of the Jacobite rebellion and on the 16th of April, 1746, the forces of Charles Edward Stuart went up against government forces in a battle that lasted only 40 minutes.

The government troops greatly outnumbered the Jacobite army who were also weary from a long march and poorly supplied. The chances of them succeeding were small at best due to the circumstances, but the battle went even worse than could of been expected. The entire Jacobite army was slaughtered on the moor that day, leaving Charles Edward Stuart no choice but to flee and forever abandon his attempt to the British throne.

Charles forces were mostly made up of Highlanders and lowland Scots, and he also had a detachment from Manchester. Due to his troops he would have favored best from a direct charge, but due to the boggy ground of the moor and its overgrown areas, they were unable to do so and suffered the consequences of the superior British firepower. Every Jacobite troop in Charles's army died that day, with any surrendering troops executed and those that retreated chased and cut down.

The battle was single-handedly the final blow needed to crush the rebellion and since that day no other battle has taken place on British soil.

Today Culloden moor still exists as such and bares a number of small memorial stones to the various clans who were involved in the battle. The site of the battle is clearly marked but the moor is of considerable size and moors can be dangerous places, so please take care if you intend to visit.

The ghosts who choose to linger at Culloden moor are all those of the soldiers who died at the battle that day, but all ghosts seem to be from the Jacobite forces. The most active time for paranormal activity is on the anniversary of the battle, when many people report seeing soldiers on the moor, or lying dead on the ground. Also the sounds of gun fire and the clanking of swords have often been heard.

One of the spirits that seems to be seen at any time is that of a tall Scottish warrior who has been witnessed walking around the moor after dark, wearing a tartan kilt and staring at the ground as he paces through the grass. Some people have claimed to have got quite close to him only to hear him mumble the word "defeated".

There are also some more extreme stories of the ghosts here, such as an old story from the 1930's of a women who claims that she saw a tartan cloth covering one of the graves, but upon lifting it she saw the apparition of a heavily wounded Highlander lying underneath.

The wells around the area are also thought to be quite haunted, with St Mary's Well seeming to have the most sightings associated with it. The reason for the Wells being haunted can only be speculated about as it does seem a little unusual. Perhaps the Government forces threw wounded Highlanders down them to drown, since the area was not normally used by English troops.

There is a common story about how the birds are said to never sing in the area around the graves, perhaps not being able to sing in an area which has seen so much pain. Though i don't know if this is true as i have never been to the site, please send me a message in the contact form if you have visited the moor and know if this to be true.