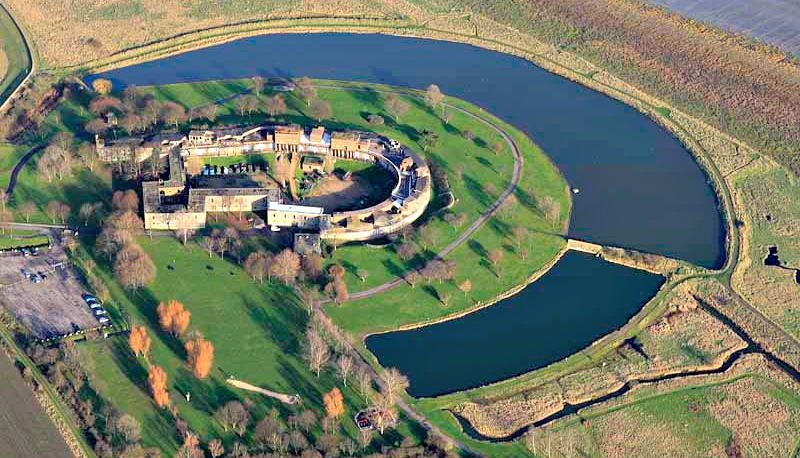 Completion of Coalhouse fort was in 1874 after 10 years of construction. Located on a low lying area of land on the river Thames, it was positioned to form part of a triangle of fire with 2 other nearby forts.

During the 2 world wars the fort served as a defense for the capital and would have played a major part in the city's defenses, though it was never attacked. The fort was equipped with some special equipment during the 2nd world war, which was monitoring gear to check a ships magnetic force, an instrument which could see if a ships magnetic pull was sufficient enough to set off a magnetic sea mine. A device which would have undoubtedly saved a number of lives.

Since 1983 the fort has been operated exclusively by volunteers and is open every Halloween for a special ghost tour. Please check with the venue directly if you wish to visit to check any seasonal opening times.

The fort is thought to be home to many spirits and has been investigated by various ghost hunting groups, including that of the UK's most popular ghost hunting program "Most Haunted".

Who the ghosts are which choose to linger here will never be known as the fort did not suffer any attacks during the world wars, but the area has been occupied for many years, with Roman remains being found in the area dating back to around the year AD 43.

The many tunnels that run through the fort and its long corridors  create a spooky enough atmosphere on their own just to be in, but these also seem to be the most haunted areas of the fort. The sounds of footsteps walking up to and right past people are enough to send the average visitor out the door, but the most terrifying sounds to be heard is that of a strange dragging noise. It sounds as if someone were dragging a heavy sack down the corridor and people have even reported the noise to be coming from the floor area just a few meters in front of them, only to end with a heavy thud which see's the noise gone.

Some of the rooms are also home to unusual sounds. People have reported a number of times the sounds of a few men playing a poker game in one of the side rooms, though no one is ever present inside when the door is opened.

Electrical equipment is strangely effected when inside the fort, especially certain rooms. Peoples torch and camera batteries seem to drain rapidly when in these areas, only to return to the levels they should be when leaving the fort.

Coalhouse Fort Haunted - Back to top