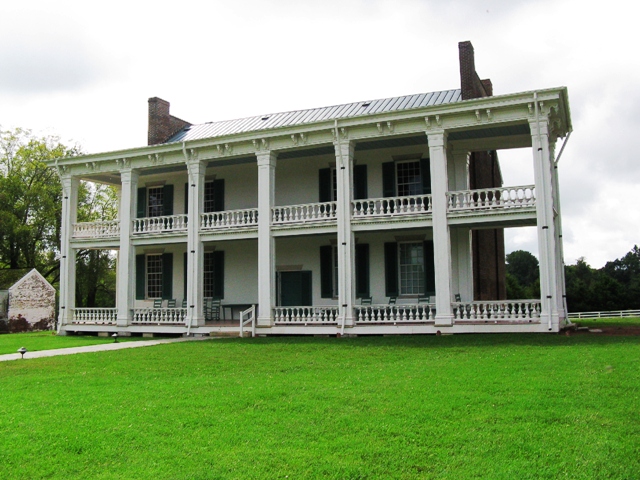 Carnton house has certainly had a slightly darker past than most buildings of its type. Randel McGavok started work on the plantation in 1815 after moving from Virginia but most work was completed during the mid 1820's using slave labor.

The house operated as a normal house of its type during the day and grew various crops and animals on its land until it was forced to be caught up in the civil war were it became a hospital to treat wounded confederate soldiers.

As im sure you can imagine keeping a number of very unhappy slaves and civil war soldiers dying in scores and being buried on the land sounds like a classic mix for some ghost tales, but the most commonly encounter spirit here is not that of a slave or soldier, but of Carrie McGavock, the wife of Randel McGavok's son John.

Visitors to the plantation have claimed to have seen her sitting on the porch, as a white ghostly apparition staring across the family's land towards the mass grave of confederate soldiers the family allowed to be buried there. Perhaps there is a certain strong emotion connecting her to the graves as she is only ever see staring out the them from the porch. 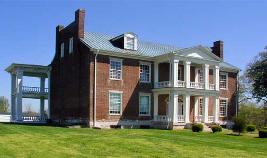 The majority of other ghostly encounters at the house come from the soldiers who died here after the battle of Franklin. A minimum of 150 confederate troops died on the first night alone with hundreds more to follow. The blood flowed through the house to such an extent that the carpets and floors of all rooms became red from the blood and to this day the stains in the floor boards can still be seen, especially in the children's bedroom which acted as an operating theatre for the troops.

Visitors to the site have reported seeing many ghosts of confederate soldiers around the property. Tales range from seeing full apparitions to unexplainable cold spots to the feeling of someone brushing past them or having their hair touched.

One thing is for sure and thats if ghosts can be created, then many were made here and they dont seem to be going anywere anytime soon.

If you are interested in trying to catch a look at one of these ghosts then the house is open for tours.

Carnton house - Back to top