Woman speaking about the death of her daughter, due to domestic violence 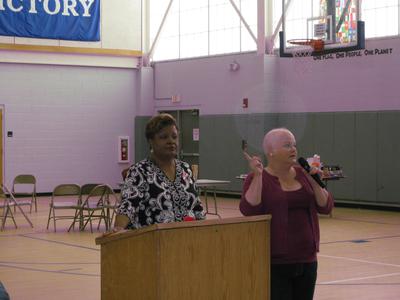 Here's a picture one of many I took. The woman on the left is speaking in public in a gymnasium, she is speaking of her daughter's murder, on Valentines Day, by an ex boyfriend.