Why I believe in Ghosts 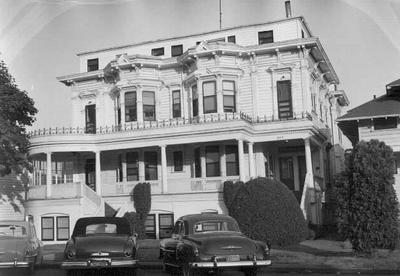 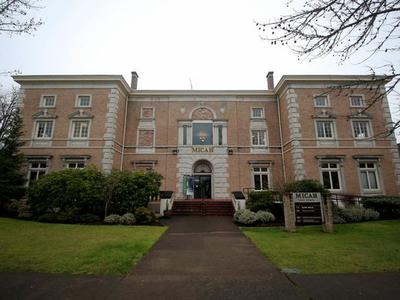 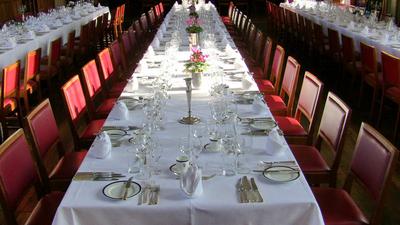 This story was originally submitted to you on my behalf by my sister, but she has never heard back. Here it is:

When I was 18 or 19, I took a job as night janitor at our local Elks' Lodge. Prior to this, I grew up next to a cemetery, plus I delivered newspapers for 3 years at around 3 AM, so night or darkness didn't bother me at all and I didn't believe in ghosts.

The lodge was in a big old 3-story building with a basement. My first duty was to make sure the building was empty, starting at the top of the third floor and checking all doors and windows on the way down. I would be locked into the building each night, exiting through a service elevator door that had no handle on the outside (so I could not get back in). Only the head Elk had keys to the building, and the entry doors once unlocked were very noisy, so I would hear if anyone came in. So I this is how I knew there was definitely no one else in the building but me.
The head Elk would also turn on the radio in the office for me to listen to over the intercom. The stereo system was in the back of the office, which was both locked and had a key-lock type alarm system, so anyone entering that room would set off the alarm. This means there was only one person who had the keys to enter the building OR the office, and the key to the alarm, and they could not enter the building without me hearing a commotion.

At first, I kept "misplacing" my keys. They frequently were not where I left them, but would later turn up somewhere else in the building. I wrote this off as absent-mindedness.

What initially creeped me out was a couple of times while listening to the radio, I heard a voice that did not belong during songs I knew well, the volume would change, and/or the radio station would change! And of course there was no way anyone could have gotten in to change the station or the volume.

At one point, I heard what sounded like a room full of people and the buzz of many voices out in the lobby, although there was nobody else there.

While cleaning the "Men's Bar," there was a video poker machine (this was before the lottery) that seemed to play itself most of the night. When I asked about this, I was told that was how the machine cleared its memory, and maybe that's all it was. But I had other experiences in that particular room. There was a big, leather easy chair that at times looked like there was a cloud (or cloud of smoke?) in it. Once while mopping, I CLEARLY saw out of the corner of my eye what I thought was a friend of mine sitting in a bar stool up against a pillar. I turned around to ask him how he got in, but not only was there no one there, there was no bar stool up against the pillar!

The final event happened after I had finished vacuuming the dining room. I sat down to take a break and poured myself an orange juice from the tap. As I sat there drinking, at the opposite end of the room, the dining chair farthest from me fell over backwards. Then the next closest dining chair to it fell backwards; five chairs in total fell backwards, one at a time, coming towards me. I left that night and quit the next day.

Upon my resignation, I was informed they were aware the building was haunted but didn't tell me as they were afraid I would not take the job. I learned the building had burned to the ground and been rebuilt on exactly the same spot, but not in the same configuration. There was an uncapped well in the basement room where the empty alcohol bottles were kept, a very creepy room even the bartenders didn't like to enter. If you go up to a certain restroom on the third floor and open a small door in the wall above a specific toilet at the right time of day when the sunlight hits it, you can see an old stained glass window that was part of the original structure but was just built over.

The building is no longer the location of the Elks Lodge but is called the "Micah Building." I wonder if it is still haunted? Attached are pictures of the original building that burned down, the current building, and a similar dining room to the one in which I had my final experience.