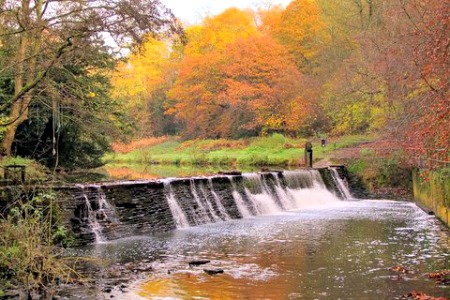 The area that is now known commonly as Vassals park was known for most of its life by the name of Oldbury court estate. First records of occupation here are shown in the doomsday book of 1066, which records land being owned here by a local man, though this land fell into the hands of the Kemys family who owned a 3rd of all land in Oldbury by 1485.

The Kemys family built the house during the 16th century and later sold the house and surrounding lands to Robert Winstone in 1667, who bought the areas of land either side of the river frome which still belong to the park today.

The last private owner of the land, Thomas Graeme, died in 1820 and the land was passed to the Vassals family who held it until 1936 when it was sold to what is known today as Bristol city council.

Unfortunately a fire destroyed the coach house and stables in 1948 and severely damaged the house. Due to its condition and age it was torn down a year later. Today the park is open to the public all year round and local groups often hold ghost tours around the area at Halloween.

The most well known ghost story at Vassals park is of a monk who used to live in the house. He was known to hold secret masses during the time it was illegal to do so and often escaped prosecution by hiding in a priest hole, which is a small secret space, often inbetween 2 walls, until the royalist troops had finished their search.

The story goes that one day troops came to search the house and the priest hid in his secret space as was routine, but the troops arrested the inhabitants and took them away from the house for several weeks. The priest was trapped in the space which had saved him so many times before, only to starve to death alone.

The monk is thought to be the spirit behind the hooded figure people have reported seeing within the park. Stories include how he often walks straight through trees and other solid objects, as if following a path that was only clear many years ago.

The footbridge in the park is the spot were he is most commonly sighted, with people claiming to see him standing there only to fade away into nothing when approached.

As for other spooky goings on in the park there are all kinds of tales from evp capture and strange ghostly mist forming out of nothing, to people being chased by spirits. But due to the land being in a city of this size and how stories like to get hyped up, much of this is probably just campfire talk, but then again when people consistently claim to witness the same thing over years you can only think, maybe, just maybe.