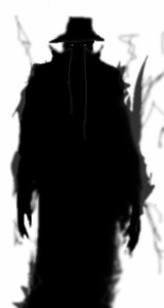 Things persisted from then on. No one other than my sister experienced anything, so no one believed her when she told us anything. She eventually stopped trying to tell us what was going on and just endured it alone. She says that things only happened from time to time, but at such a young age, that was enough to make her be too afraid to sleep in her own room. She has spent every night since then either in my room or my parents’ room.

I would learn just how wrong I was to doubt her about three years later when things started to happen to me. It started off harmless enough; knocking and scratching on walls, objects in places they shouldn’t have been or just up and disappearing, feeling like I was being watched, and a music box in my sister’s room would go off on its own. I, being an abnormally skeptical child, would try to come up with logical explanations for everything. I decided that the knocking was just the house settling, I wasn’t really hearing any scratching at all, the missing or displaced objects were just a result of my own forgetfulness, and the gears of the music box had just gotten stuck beforehand and the pressure had finally gotten to the point that the gears were able to break free from the snag. Most of these didn’t make sense, but that’s what my fourteen year old mind came up with. By this point, I still didn’t believe my sister.
Then it escalated into footsteps, cold spots (sometimes entire rooms would be about 10-20 degrees colder than the rest of the house; other times it would be isolated to certain areas.), a feeling of mortal danger, and scratches on my sister and I that looked kinda like three claw marks. At that point, I began to believe her and I apologized for not doing so earlier. Then, things escalated again. One night we were alone in the house because our parents were out shopping, my sister and I were in my room watching TV when we heard what sounded like our parents having a conversation down stairs. We found this odd since they weren’t due back for at least another hour, so we went downstairs to ask them why they were home already. When we got down there, we found the house completely unoccupied by anyone besides ourselves. We darted back up to my room and called my parents to ask if they had come home and left again; they told us that they were still on the other side of town and wouldn’t be back for quite some time. This, whatever it is, was now mimicking the voices of our parents. It began to mimic my voice and my aunt’s voice latter as well. And, now that I think of it, I recall an incident about two years before when I heard what I thought was my brother-in-law’s voice in the garage, but he was down in the basement bedroom getting his kids ready for bed. Whenever these mimicked voices were heard, the person was either not around at the time, or, in the case of my voice, occupied in another area of the house and hadn’t spoken in well over twenty minutes. After this, there was a lull in activity. Months went by without so much as one thing happening. We thought it had left and this was finally all over. We were wrong; things started back up and it got creepier.
The next thing that happened was super creepy and I think that is what made my mom start to believe, though we could tell that she really didn’t want to; after the experiences she had as a child, who could blame her for not wanting to believe her children could be suffering from something that was eerily similar to one of the “spirits” that had seen back then. (We found out about her experiences only about a year or two ago.) My sister had a metal slinky in her room; no one is allowed in my sister’s room during the day except for the kid that my mom babysits that sleeps in her room. That kid is placed in a playpen which it can’t escape from, so there’s no way it could reach anything in the room, let alone the slinky. We left the slinky on here dresser before heading off to school; when we came back, we went into her room to play with the PlayStation and were shocked by what we found. The slinky had been twisted into impossibly tight knots and bent every which way. Neither of us could even begin to bend it back to its original shape; then we took it to our dad, who is the strongest person who is ever in our house, and he couldn’t bend it even slightly without a large amount of difficulty. So, we know that the child in her room wouldn’t have been able to do it even if it had managed to get its hands on it. (to be continued)