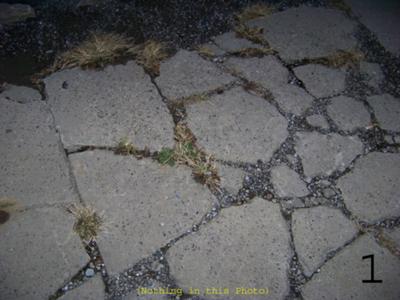 pic 1 nothing in this pic 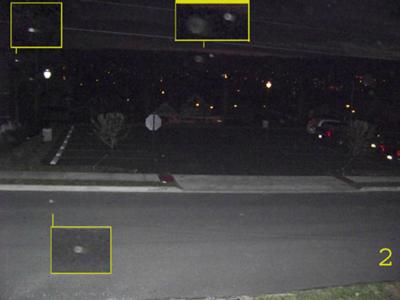 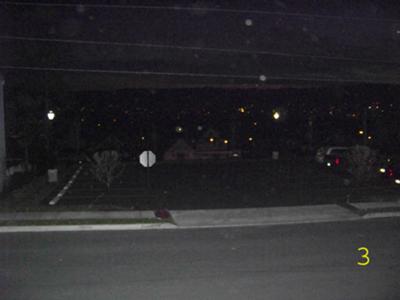 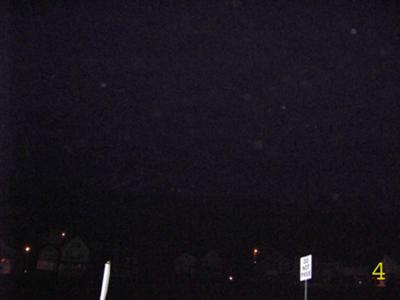 pic 4 they followed me?

Yesterday My Wife and I bought a new digital camera, and i wanted to take photos just to see quality. I snapped about 25 -30 pics of random things for colors and textures and in only one area i caught that seem to be orbs. I went through every Photo and only 3 had orbs and all in the same area. A Parking lot next to my house that used to be an Old School building. Strangely enough the Big white Building you see in the background is a Funeral Home.


Pic 1: took this pic for the randomness of the ground but was taken with the flash and proves it wasn't something on the lens. This area about four steps from where i got the orbs. this was pic number 025 on the cam.

Pic 2: This is the Pic that made me think, you can see that some orbs were moving, i zoomed them in a bit in the yellow boxes. You can clearly see the trails made by movement but the lights in the pic are stationary. this is pic number 039 on the cam.

Pic 3: Noticed the orbs in the LCD on the cam and snapped this one right after. They Seem to have moved Closer to me in this pic. After this pic i walked up a bridge about 2 ft that i was near, and didn't think of taking more pics of this. i wasn't thinking anything of the pics to be honest. This was pic 040 on the cam.

Pic 4: This i found interesting as well, They seem to have followed me on the bridge. This is with my back turned to that parking lot on the way back down the bridge. taken about 3 min after the two parking lot pics. directly behind me is the parking lot. This was pic number 060 on the cam.


I honestly looked at this over and over again telling myself it was dust or something, till i noticed the trails and that the pics were in order. I did feel i was being watched at the time. What do you think? Ill be taking more pics there now to see if i find anything else, if i do ill upload some more pics soon.