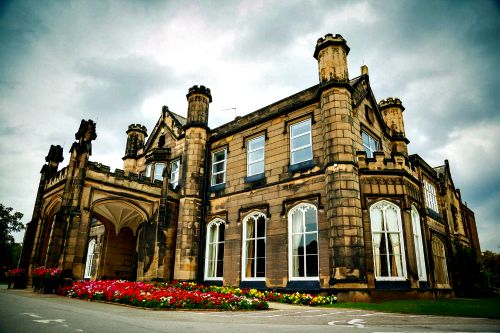 St Catherines hospital was built in 1845 under the name of the St Catherine's institution. It was created to deal with people who were considered mentally ill and also to act as a sanatorium to deal with children infected with diseases such as polio and diphtheria in its two specialist paediatric wards. It was also equipped with separate male and female sanatorium's as well as a psychiatric ward.

The hospitals grounds contained a number of buildings, with the Tickhill road administration building being built upon the site of an earlier sanatorium. Also there are several original parts of the complex which are still in use today, such as the nurses building and the kitchen.

The facility was not known for being a nice place to end up, as many early day sanatoriums of this type had high death rates, mostly due to the lack of understanding of the things they were trying to treat as well as the lack of basic medicines such as antibiotics. During the earlier years of the facility, the porters had to post daily bulletin boards on the perimeter fences to inform any relatives of the patients conditions and any deaths that had occurred.

Today the hospital is still operational as a mental health facility.

Sanatoriums are one of the few types of buildings which seem to b haunted more often than not, and rightly so. Treatment in these facilities any time before the 1950's was mostly experimental, with beliefs such as mental illness being causes by infection, which led to things like teeth being pulled out before they could rot further and cause the patient to suffer more mental illness. This combined with the lack of basic medicines led to a great number of deaths at facilities such as this.

As for paranormal activity here it seems to change constantly. Various groups and investigation teams have been around the place and always report different things. Some of the claims they make include things such as apparitions and strange sounds, such as furniture being dragged across the floor in rooms that are known to be empty, and crying coming from unoccupied rooms.

One thing they all seem to agree on is the feeling of a very dark presence through out the building. With some people being so scared of what they are feeling that they have had to leave the grounds.

Apparently there are also some rooms which staff members refuse to enter on their own, even in the middle of the day.