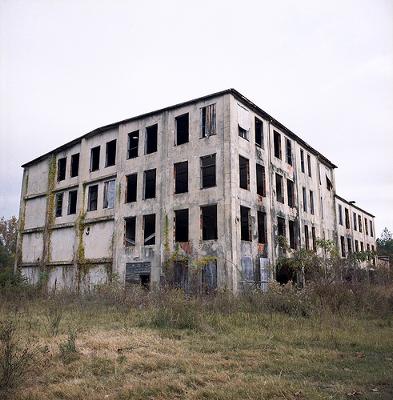 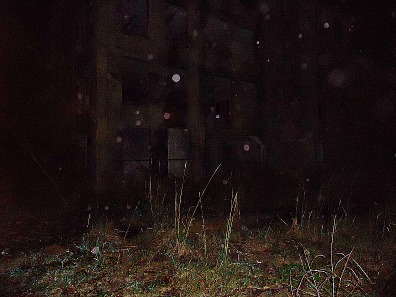 Entrance way to the building

Savannah Georgia is known nationwide for its large amounts of old, "haunted" buildings. However, most do not consider its neighbor, Statesboro Georgia, to be the same. The quaint college town is in the middle of both growing and expanding its boundaries towards the seemingly endless fields that surround its campus. Most forget the fact that old historical buildings do occupy this land in some cases. We look at the abandoned meat packing house, on Packing House Road, in order to see an example of this. The plant was up and running until it caught fire in the 1920s. It is said that 23 employees died in the fire due to the fact that the exits had been chained shut by the plant owner. Shortly after this, the owner committed suicide by a gunshot to the head. The four story building is a hair-raising site just to look at. It is noted by those who have entered the building that shadows have been spotted running to the exits. However, these shadows make it no further than the thresholds. For those less brave, paranormal events can be witnessed from outside of the building as well. On the far right window of the third floor, a woman with a look of terror on her face has been reportedly seen by those who have attended. Not only this, but on nights of a full moon a gunshot can be heard followed by a flood of screams. Through my own experiences with the building, I was unfortunately not lucky enough to find too much of the rumors to be true. However, orbs were extremely abundant in all of the photos taken. Not only that, but temperature changes were noted throughout the time spent there. It seems the back left corner of the building is much cooler than the rest of the building. It’s by far one of the creepiest places in Statesboro. Just be warned, there is no telling who may be inside (and I’m not talking about ghosts). The shady part of town does make it a bit dangerous to just play around in. Though, I’ve heard of no trouble from there yet! Best of luck to anyone who attempts to discover what lies inside the abandoned building.