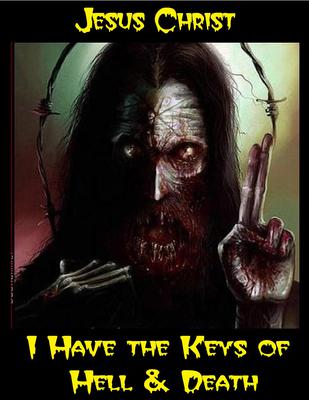 This is my true ghost story please try to understand it in the supernatural way!


In the early 1970's and 1980's I kept receiving strange visions in my dreams that Jesus Christ and his heavenly father in heaven were married to their spouses. I dreamed that the first celestial humans existed first in heaven. I always remember this vision in my dreams ever since a little kid. In the ending of 1985 I wanted to reveal this vision with a few of my friends in school so we could write out the song lyrics and create the rap song.

That's when on January 1, 1986 a mysterious deity spoke to the well-known lead singer of the rap group Run DMC and started a rumor that inspired the groups 1986 hit album "Raising Hell."

Reynaldo's book Portal to Hell is accepted for publication on September 28, 2002. Less than a month after on October 30, 2002 Jam Master Jay whose real name is Jason Mizell was brutally murdered in his Jamaica, Queens, NY recording studio. Significantly five movies were inspired by Reynaldo Reyes visions and dreams and they are:

According to old cult tradition in Hollywood, California movie stars are being possessed by the spirit of dead celebrities and the spirit of demons which they called "the muse", since the 1920's. Jesus Christ and God wanted me to become a movie star in 1980 and in 1997 twice in my life. Jesus Christ wanted me to have a out-of-body experience or die and come back to life, so I can reach superstar status.

Because Jesus Christ and God are the ones who are running Hollywood since it opened in the early 1920's not the devil! There is plenty of evidence to prove it! Jesus Christ is allowing actors and actresses to be possessed by the spirit of dead celebrities, demons or their deceased families to act out their characters for their movies, music, and plays.
Please review Hollywood Unmasked Part 1 & 2.

It was Jesus Christ and God's idea to freeze people for six months of winter so that human beings have no choice but to be glued to their TV sets and to be brainwashed by their satanic movies and music videos.

According to Christians, old evil Hollywood is a place where they practice satanism in their movies and music. They are planning a global attack on citizens around the world with the Antichrist Prince Williams the 5th and the spirit of the devil. They are also planning to kill off 90% or more of the earth's population. Prince William's the Antichrist will be "33" on June 21, 2015 and Crown Ruler King of the WORLD!