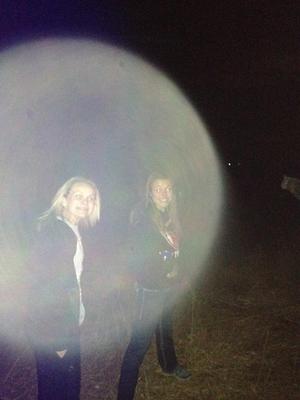 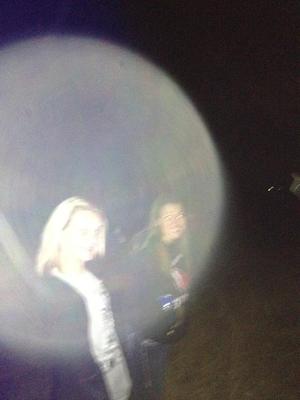 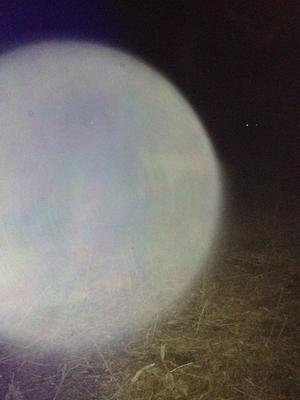 After we cleansed our camera 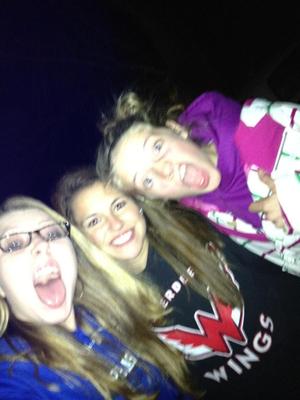 At the corn field there were no orbs

My friend&my boyfriend were just driving along a dirt round when there was a creepy,old,abanded house to our right.I asked "Who used to live there?" He said "Two brothers did.But they started going crazy&were shooting at people.So the police came&shot them."

I didnt believe him at all.A couple weeks past and it was Halloween so a bunch of my friends&i decided to go play an Ouijia board in a field.Having no luck having communication with spirits.I recommended that we go to the abandonded house we had pasted earlier that month.When we got there,us girls were being girls&taking pictures.When we kept hearing unusual noises we all went to our cars.Most of us girls were spread among the 3 cars.We looked at all the pictures we took.In all of them there where orbs.In one of them you could see a deffined body.The boys tried to talk us out of it&tell us it was our flash but i said no & showed the pictures that we took in the field that we just left&there was no flash and no orb.Then they tried telling us it was because our camera's were dirty.We cleansed them&then we each took another picture&there was still orbs.We all
by then were freaked out&got out of there.I now believe my boyfriend's story.