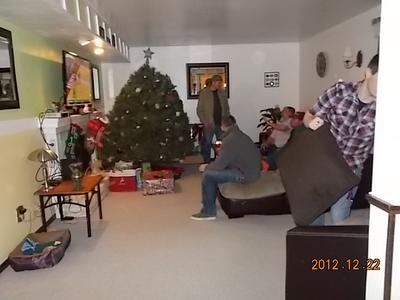 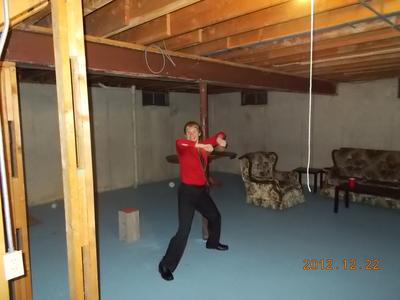 This is the picture my sister took while I was dancing. There are two orbs that I can clearly see. 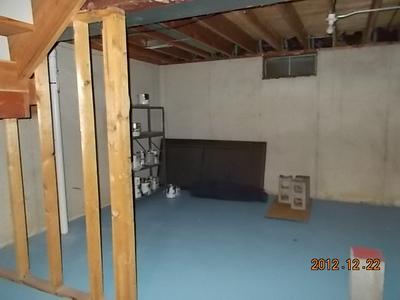 We took this picture in the basement and by the shelf with paint cans there is a bright orange orb and a faint white one. 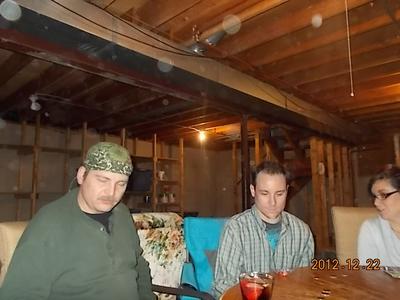 My sister took this picture while the family was playing poker and there are lots of orbs in the air around them.

My sister, mother, father and I went to our family's Christmas party at our cousin's new house and my sister was trying out our mom's new camera. She took several pictures randomly, and in one of them, there was an orb near the Christmas tree area where some of our uncles were sitting. This intrigued my sister and I, so we started taking really random pictures and orbs would turn up in most of them.

Later on in the evening, my dad took us downstairs to look at the man cave my cousin planned to make, and my sister began taking pictures of the basement. There was a bright orange orb and a few white ones in one of the pictures. We went back upstairs and took more pictures, in which we saw that the orbs were near people's rear ends on more than one occasion.
My younger sister insisted that I go back down to the basement with her so she could take pictures, because there seemed to be orbs in every picture of me. She said that because the orbs tended to show up near people's butts, I should dance and ask the spirits to dance with me. I did it for her, and in the picture, there was, in fact, an orb right next to my butt.
We got well over ninety pictures during the night and I'm skeptical if they're real orbs or not, and if so, who they are. If anyone can help me figure this out, I'll be willing to work with them on it.