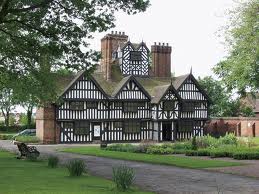 people have seen many things at the oak house. in one of the roooms people have saw a orb under a bed chamber in one of the rooms. two orbs was spotted in the hallway. someone felt a cold spot in the doorway leading to the stairs. and a women called tina heard the name jim being called to her two times

and a orb was also spotted in the dining room and someone could sense male ghost by a chair. and another orb was saw in a small room upstairs called the prayer room. some people was aware of a child in the room. the small boy said to a women called sara that he did like being in this room. and a large dog was also sensed and many people had a feeling that he was trying to protect the child. and at the other bedroom someone saw someone standing at the bottom of the bed.