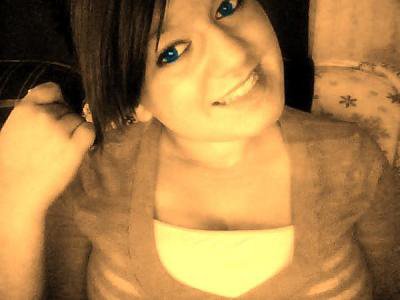 A 14 year old girl has a normal life up until she gets into the 9th grade. She tended Huron High School in New Boston Michigan. She then claimed raped charges on a classmate a few weeks after school started. She was always so bright even after it all happened. In some bathroom by her locker she almost got jumped. People wrote on her lockers and bullied her up until she couldnt take it anymore. She attempted suicide once but didn't succeed. She then returned to school happy as ever and talking to everyone. She then went home on a monday night and hung herself. She was to never return to the school or anywhere else for that matter. People claimed her locker flies open in the halls with no one there to open it. Some students claimed to hear moaning and yelling in the bathroom that she almost got jumped in and in that same bathrooms students also claimed lights have went out on them and the doors were locked. Some students belive Samantha walks the halls of Huron High School to prove a point. Other students believe that she walks the halls to torture people because that is how she felt. Somethings still remain a mystery to most of those students as to why, and how.