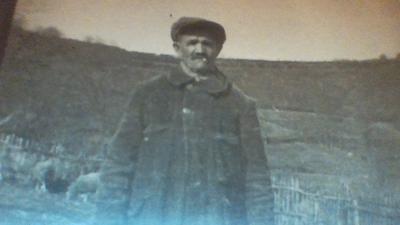 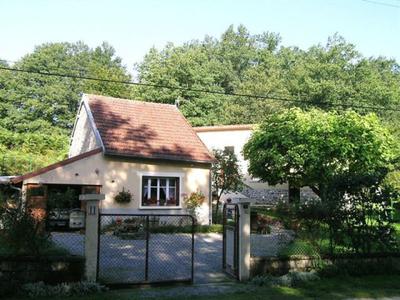 About five years ago, I purchased two cottages adjacent to each other in one garden, in a small hamlet called "Les Granges"located on the outskirts of a rural village called St Dizier Leyrenne, in the Limousin region of central France.
My main intention was to develop the properties for holiday lettings.


I began to renovate the houses, and it was during this time whilst installing a new window, I caught a glimpse of an elderly man in overalls.
Intrigued by his presence, and his unknown identity, I proceeded downstairs through the cottage and exited, into the garden, and to my amazement he had curiously disappeared.
I patrolled around the perimeter of my garden, but not a soul was to be seen.
I did not attach to much importance to this situation and placed the experience to a possible trick of the light and my fatigue after tirelessly working with little rest.


Many weeks past by, and I realised that I would require the help of a local tradesman, but unfamiliar with artisans in the area, I contacted a friend, and asked for his recommendation for someone reliable to assist me.
He gave me the contact details of someone who he had previously employed.
I immediately telephoned the tradesman and arranged to meet him the very next day at my
properties. Next morning I stepped out for a matter of fifteen minutes to purchase some supplies.
Continuing with my work, a little disappointed that he had failed to attend. I decided to telephone him and ask why he had not kept to the appointment. He proceeded to explain that he had indeed kept his rendezvous with me, and spoken to me, at approximately 10 am, and that I had said to him, that I was not in need of a tradesman. Shocked at his reply, I informed him that I had briefly left my property unattended at precisely that mentioned time of 10am.
Dismayed by his answer, I asked him to visit me again the next morning.
On his arrival the next day, he was quite surprised at meeting me, and announced that I was not the same person he had spoken to yesterday in my garden. Puzzled with this information I asked him to describe the person he had previously spoken to. He proceeded to give a description of an elderly man dressed in overalls and hat. It reminded me of the original incident of my sighting of the very same mysterious man, in my garden months earlier. We both shrugged our shoulders in disbelief and happily continued to work together completing the necessary works.


Whilst working in The attic, several weeks later, we came upon a carved wooden box which we opened together, and discovered various contents, and to our amazement an old hat, and a sepia photograph of an elderly gentleman identical to the man we had both seen, on different occasions.
On the reverse side of the image, was an inscription bearing the date 1899.
Upon realisation we both felt a cold chill, that we had witnessed the apparition of ghost!
On completion of the holiday accommodation, I actually displayed the hat in one of the cottages, as an appeasement to the mysterious gardner.
The holiday letting has been successful but on many occasions my guests have informed me that they have seen and spoken to this elderly gentlemen tending to the garden.