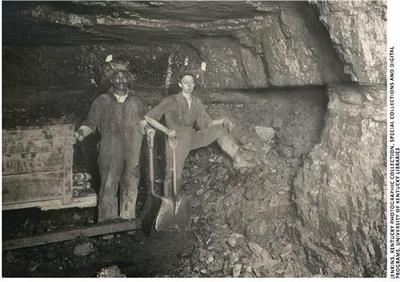 This is an image that goes along with part of my story. (Man on the left)

Let me start off by telling you a little about me. I will not be revealing any names including my own. I will be 19 in October. I’ve had paranormal experiences ever since I can remember. In the past I lived in two houses (not including the one I am in now which I’ve had no experiences) that I’ve had experiences in. It was my mother, sister and I that lived in these two houses, but in the second house my sister moved out (being 17 or 18) and it was just me and my mom there for about two years. In the first house, I shared a room with my sister and we had bunk beds. I think I was the one on the top bed.
In the first house all I can remember -mind you that I was around the age of 5-13- was things moving around, things going missing and never returning, being touched, and sometimes I even heard whispering like someone calling my name, but I never really let the things get to me, like I never thought anything of it because I just thought it was my imagination. That’s all I really remember besides word of mouth by my family members. When I was littler (around the age of 5-13) ghost stories and whatnot always scared me. I don’t understand why experiencing these things didn’t scare me but stories did.
The second house is when I started paying more attention to said experiences. When I moved into this new house around the age 13 or 14 I started getting more interested in ghosts. I would watch ghost related movies and shows and I was fascinated by them. The first experience I remember is playing on the computer at a desk, sitting in a chair. I felt something breathe on my neck and shortly after that, felt fingers running through my hair. I would turn around to see if someone was behind me, but no one was, then after I turned around I didn’t feel anything else that day.
A few years later I remember having my best friend spend the weekend with me at the second house and I went into the living room where my mom was and my friend was still in my room. My mom was in front of the bookshelf where all are movies were, picking out a movie to watch. I saw her pick the first Bring It On movie, think about it and put it back where she picked it up and picked out a different movie. After she watched that movie, she was going to watch Bring It On but it was nowhere to be found. She walked to my bedroom doorway and asked if I or my friend had taken the movie and we both said no. To this day, about 5 years later, we still have not found the missing movie. I

think it may have been a year after that that I decided to do an investigation like Ghost Adventures, but I didn’t have any equipment to use like recording devices or a camera etc. I was home by myself and all I had was paper and a pen to write down what happened during the investigation. I had put one of our cat toys, which was a mouse, on the edge of the entertainment center with the mouse’s tail hanging over the edge of it. I had asked questions before this but I said “ if you are here with me please move he tail of the mouse toy on the shelf so I can believe that you are really here.” A couple minutes after that I saw the mouse tail lift up and held there for a second and dropped. The force of it moved the mouse body a bit so it wasn’t in the position I had put it in. After I had saw that I said “thank you for doing what I asked, I believe you are here now.” This was the only important thing that happened during my investigation.
I also remember waking up at 3:20 each morning for no reason. I know that 3:00 am is said to be the “dead hour” or “witching hour” although I don’t know much about it. Maybe someone could tell me about it? I would be lying in bed at 3:20 am trying to fall back asleep and I would feel something crawling on my bed and I know it wasn’t my cats because they were both on the floor beside my bed. I would get the blankets pulled off of me too. It’s weird because all of the bad stuff had happened to just me and just at 3 am. My mother never believed me, she always said I was dreaming of it but I know otherwise. I forgot to mention that I was sitting on the couch in the living room and out of the corner of my eye past the kitchen in the dining room, I seen this white or almost blue mist like form. I know it was a male and looked as if he was in his 20s-30s. It seemed like he was African American and wearing old mining clothes. When I had moved into the house I am in now (house 3) all of the paranormal stuff had stopped and it has been 2 years. My question is why did all of the stuff stop all of a sudden when I moved? Did I have a spirit attachment and it just left me when I moved? I apologize for such a long story but all of these events are true. Feel free to email me with comments iiambatman19@yahoo.com if I get an email from someone replying to this that has nothing to do with my story I will not reply.