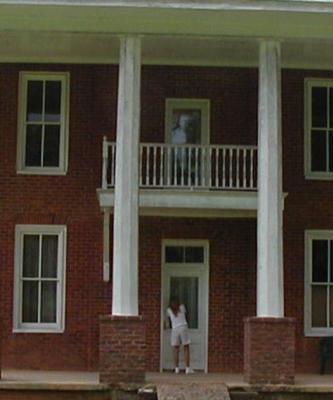 There was no one at Moody Brick the day this photo was taken, however a man looks out at me from the glass door on the second story 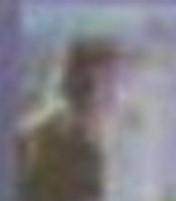 From the negative, a close up of the man in the door 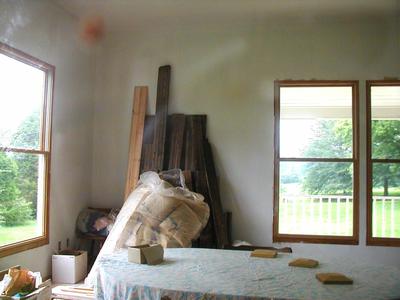 A brown spirit mist begins to form in mid-air 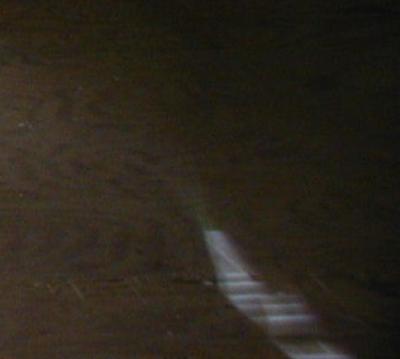 Same room as last photo, this thing was MOVING! It is actually tracking OVER ITSELF!

Moody Brick is a beautiful two story plantation house built before 1855 according to the vertical file at the Scottsboro library. There were serveral slaves, as they had 2500 acres of land to farm. The house itself was built by hand and every brick was hand made by the slaves. This house was also a field hospital for soldiers who fought in the civil war, and the injured were sent by train out of Chattanooga to the house to conveless.

There are at least 3 cemeteries on this property, one belonging to the original family members, but slaves were not buried within that cemetery. It was common knowledge that the overseer was brutal and mean to the slaves. It is also said that every brick that makes up that two story home was made by hand from the slaves.

Union soldiers who died at the house were buried outside of the cemeteries, as they were the enemy. Soldiers who needed operations and lost limbs, had those limbs buried all over the yard and what is now the driveway.

The house has been rumored to be haunted for many, many years.

I have been out to Moody Brick on many occasions and was even given a tour through the grand ole house, and it is absolutely beautiful and full of history.
I was given permission to take photos by the owners mother who would check on the property while repairs were being made. I did not lie, I am a huge history buff and LOVE old architecture. I simply did not mention I am also a paranormal investigator as I wanted to see the beauty of this home inside and out.

These photos were taken by myself in 2003, 2004 and 2009. What I see here in these photos is just too compelling to be ignored. At the time these were taken, no one was living in Moody Brick, it was being restored.
The photos here, I believe, speak for themselves.