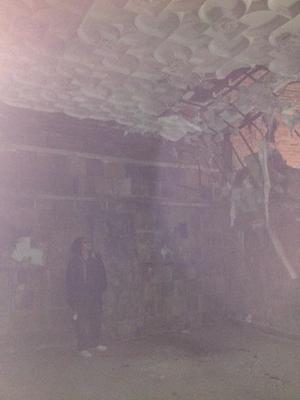 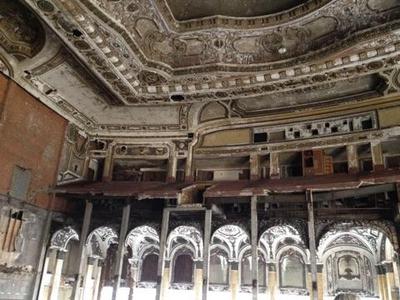 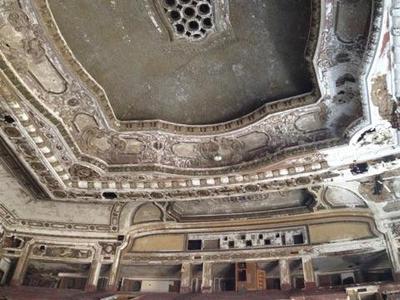 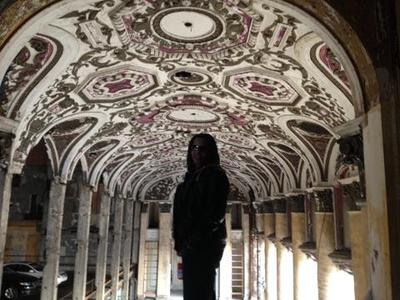 Me one the 3rd floor

This was definitely the best parking structure I have ever been in for a tailgating party. born and raised in Detroit. Always heard about the old Michigan Theater in downtown Detroit. To see it up close and personal was truly amazing. This place at one time was absolutely amazing. I ventured around the building to see more of this amazing structure. Went into a dark room which at one point use to be the restroom. Little creepy, I must say. Part of the ceiling structure was coming down. My girlfriend took a picture, couple of pics as a matter of fact. I do have to say that after this pic was taken, my girlfriend's phone lost all her battery power after only a few pictures were taken. I didn't think nothing of the pics that were taken. My girlfriend's work mates looked at one of the pics and said, "that's an orb!" Me personally, I don't believe in ghost or orbs. I feel this was just the glare of the camera. So to prove them wrong, I decided to send this pic in, amongst some other pics of the beautiful place.