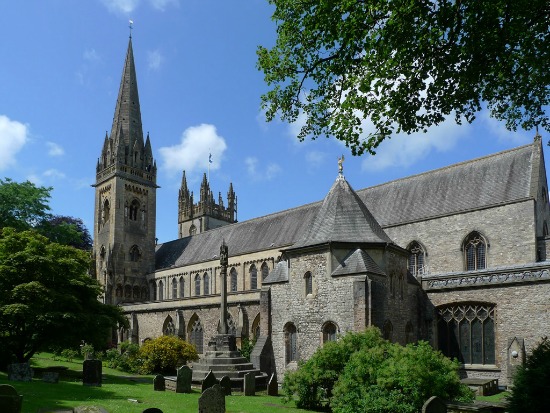 Llandaff is a district north of Cardiff which has long been associated as a place of worship. On the site where the cathedral now stands a number of Roman-British burial sites have been found, suggesting it has now been a place of continued burial for over 2000 years.


When the original cathedral was built is not known, but the best estimates seem to place it some time during the 12th century. It has been difficult to find accurate records on when the subsequent cathedrals were built since they have been damaged and re-built so many times.


It still holds the title of the second most damaged cathedral in the UK, standing only after Coventry cathedral which was bombed by German planes during the second world war.


The 2 most notable incidents happened during an attack by Owain Glyndwr and then later by Oliver Cromwell. Glyndwr Caused considerable damage to the cathedral and surrounding buildings, which included destroying the bishops palace, of which the ruins can still be seen today, pictured below. 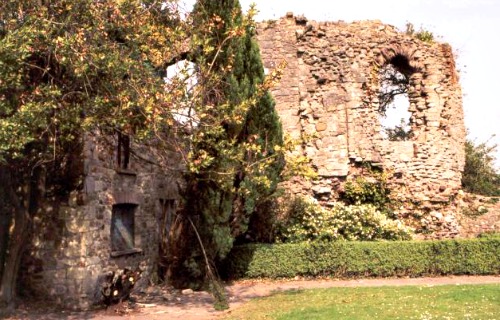 The last time it suffered any damage was when it was hit by lightning in 2007 which sent a surge into the building and destroyed the organ.


Today Llandaff Cathedral is fully repaired and open to the public as any other cathedral in the country is.

The Ghosts of Llandaff

Since Llandaff has long been a religious seat for Cardiff most of its spirits are related to the cathedral and its business. The whole area has signs of its religious past, such as a very old giant stone cross which sits in the middle of a road.


There is an abandoned cemetery behind the cathedral, with a path leading up to it known as the "road of the dead" named so due to the bodies which arrived from the River Taf being taken down this route. It is known to be a hotspot of the area, with all kinds of apparitions being reported, with everything from Roman soldiers to monks.


For some unknown reason Llandaff is also a suicide hotspot, seemingly drawing people who have never been to the area before to come and kill themselves here. Reasons for this vary from some kind of vortex drawing people in to an evil spirit which led them to commit the act.


There are also a lot of children ghosts which seem to like to hang around the current graveyard. Most suggestions claim it is due to the mass grave which was built here in the mid 1800's when a cholera outbreak killed scores of people in the city.