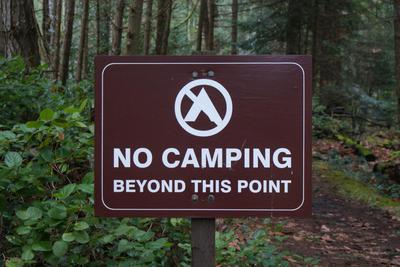 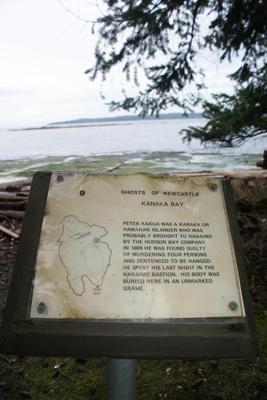 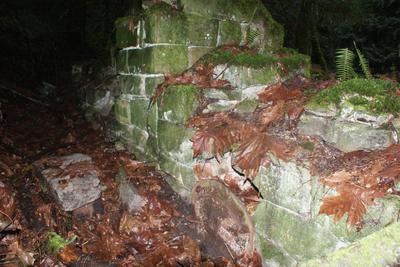 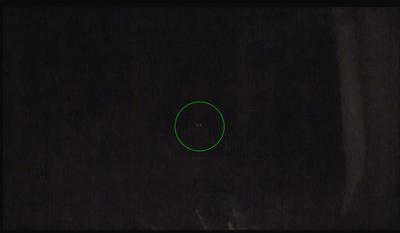 I accompanied my son and a group of Scout age boys and couple of their parents on an overnight camp on Newcastle Island off the Coast of British Columbia. We had read how Newcastle Island is a hot spot for paranormal activity so we thought this would be a fun experience. One of the boys brought along an EMF ghost meter. One of the youth had seen a found footage movie that he believed to be true, about a group of college students filming a documentary about the paranormal happenings on Newcastle Island back in 2007. Apparently they were searching for the ghost of the notorious axe murderer, Kanaka Pete who was hung then buried in an unmarked grave on the far side of Newcastle Island near Kanaka Bay. The college students went missing that night, their video tape was later found and shortly afterwards severed feet in running shoes were discovered along the shoreline. This is all true as I had seen many news reports, including CNN, on this a few years ago.
Nothing is better than a late night ghost story when camping. This was the perfect setting. A Paranormal Island, the unmarked grave of an axe murderer, the place of origin of severed feet in running shoes found along the shore over the past few years and a found footage video from the Island, it just does not get any better. We brought along a portable video player and we had downloaded a copy of that found video tape from ITunes called “Severed Footage” . At 11 pm we gathered around the campfire and watched the video. There was some pretty scary paranormal stuff happening in the video and we recognized many of the spots we had seen during the day. There is a big sign saying “No Camping Beyond this Point”. We were told that is as far as the spirits can travel from their tombs and it is not safe camping past those signs. Of course we all thought that was a big joke, but we did set up camp on the safe side of the signs anyway. The students in the video camped on the wrong side of the signs; bad things happened to them, much of it was seen with their night vision camera.
After we watched the video some of the braver boys thought it would be a cool experience to go down to Kanaka Bay and search for the unmarked grave of Kanaka Pete with the ghost meter, just like the students in the video. The adults were less thrilled than the boys. We reluctantly gave in as the boys were all excited and trying to act brave, daring each other to go all the way to Kanaka Bay. When we left on the hike it was a nice warm evening but as soon as we went past the sign that said “No Camping Beyond this Point” a very cold chill hit us that we could feel right down the back our necks. Now all us brave souls became quiet and a little concerned. As we followed the path towards Kanaka Bay a wind came up and was making the most eerie noise through the trees. Then all of a sudden about 100 meters ahead of us appeared two glowing eyes staring right at us, we thought it to be a raccoon or deer’s eyes refection from our flashlights. We turned off the flashlights and the eyes were still there glowing as bright as ever. This was very unnerving, some suggest we turn back but other trying to act brave wanted to continue because the ghost meter had not gone off. As we got closer the eyes disappeared. When we got to the place where we thought we saw the eyes it was the place of the large tree with the supposed symbol of Kanaka Pete on it as seen in the video we had just watched. We were about half way to Kanaka Bay.
As we were looking at the carved symbol on the tree the EMF ghost meter one of the boys was holding started to beep and flash, slowly at first. We all gathered around it watching in amazement. Then it started beeping faster and faster until it hit max reading. I do not know who screamed first but there was a ton off screaming as everyone ran back the way we came. After about 100 meters the ghost meter stopped and so did we. The wind was still quite strong, the air was icy cold and 10 boys and a few adults just had the (blank) scared out of them. Someone suggested that we try passing that point again real fast so we could get to Kanaka Bay. He was voted down by everyone so we headed back to camp. As soon as we passed the “No Camping” sign the wind stopped and the air was warm again. We all thought we could hear a low but audible eerie sound coming from where we had just been.
We all sat around the campfire talking about what we had just experienced, no one wanted to go to bed or maybe we were too scared to go to bed so we sat around the campfire till daylight. Some said it was the most thrilling experience they had ever had while some said it was the most frightening. It is definitely one we will never forget. Camping ghost stories are supposed to be scary and fun…we never dreamed we would become part of one.