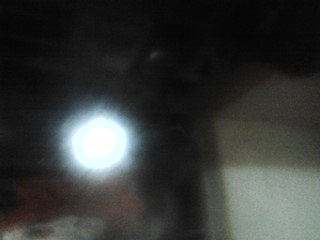 Sometimes, as you call them, 'orbs' can just be the result of reflection if you are taking the picture in front of a mirror. It can also be caused by unseen street lights, if you are taking a picture while on a bridge (the railings cover the light, but that light appears in that photo. Why? Because, the camera senses the gap between the railings and thus, the big ball of light that most of the people think are 'orbs' appears). The same thing happened to me, and here is the picture of the 'orb' that appeared in my photo.