Welcome to our collection of the most haunted places in New York. From the well known "House of Death" where no one seems to be able to live more than a few years, to the historic Fort William Henry which was the site of a massacre, New York really does have some worthy contenders to match any other state. 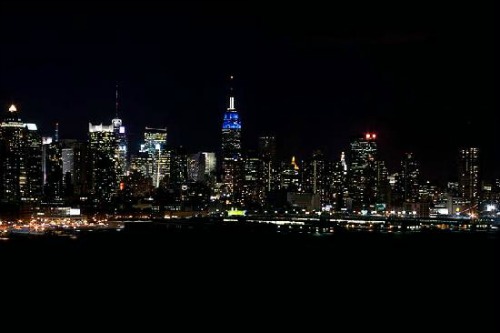 The House of Death


Other Haunted Places in New York

This building built in 1802 was originally an inn, but turned into a private residence in 1839. It was re-opened as an inn during 1966 and remains as such to this day. It is believed to be haunted by a past resident who's apparition has been seen walking around the bar area by the staff after closing hours.

Strange floating lights moving through the corridors and muffled whispering coming from empty areas is the most commonly reported activity here. There is even a tale about how the building is split down the middle, with one half being occupied by evil spirits and the other half by the good.

The Inn is thought to be haunted by the ghost of its original owner, Emily Warren. People have claimed to have seen her in the bar areas after closing and the sounds of muffled singing coming from areas known to be empty are amongst the most commonly reported activities here.

The town that once stood here is long gone, thought to have been emptied during the great depression were the townsfolk could not sustain themselves in the area, and since then the area has been very quiet. The area is also know to be a hot spot of ghostly activity, and also UFO's are frequently reported here.

Said to be haunted by a former pastor and his wife, the church has had relatively frequent sightings of the two in recent years. They are known to be friendly spirits and the woman is especially fond of children, sometimes being seen watching over them by surprised church visitors, as if keeping guard.

This hotel built in 1895 is thought to be the home of at least 6 different ghosts. Some of these spirits are known to be quite mischievous and like to lock guests in their rooms. They are also know to be quite fond of messing with any electrical equipment including the lights.

This former Asylum was the site of much miss-treatment and below standard practices. Any asylum that operated before the mid 1950's was somewhere you didn't want to end up, no matter how sick you were. It is said to be haunted by many of the past patients who died from bad practices and neglect.

There's a good chance that most of the tales of this place are nothing more than camp fire stories, as is often the case with these classic horror movie setting type places, and when one story gets out they often continue to grow. There are all kinds of stories about this place which include everything from a lake monster to murdered people who hunt to shores looking for children to kill. Whether or not there is a shred of truth in any of these tales or not is unknown, but either way they still seem to keep coming.