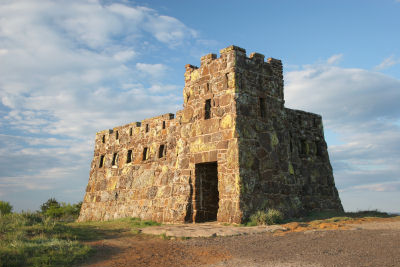 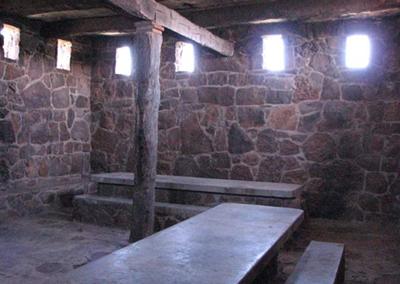 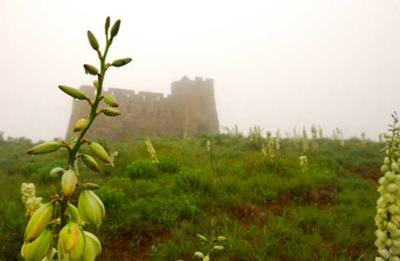 Coronado heights near Lindsborg, KS is haunted by multiple spirits, one is the restless spirits of those buried in its cemetery. They haunt the area and are said to curse anyone who disrespects their sacred resting place. It is said that if you climb to the very top of the castle tower at night and look down toward where the cemetery is you can see movement. It is also said that sometimes at dark you can see them look in or pass by the openings while standing inside the castle chamber. It has also been reported by some that they have had their leg grabbed when climbing the tight spiral staircase to the top of the castle only to find that no one was behind them. Another that is reported are Coronado’s men that died on the journey and are said to have been buried here. There have been reports that you can sometimes see ghostly or transparent men in old clothing standing inside or on top of the castle only to disappear. And Finally the Spirit on a teenage boy remains as many years ago it is rumored that a few friends came up to visit Coronado Heights and after having a few drinks they started to make dares and one was to walk around the top of the castle on the edge wall, well the cockiest of the teens decided he was going to prove he could do it. He made it most of the way, but right as he was coming toward the end a huge gust of wind pushed him off and he fell to his death down the hill. His death was deemed an accident, but now it is said that you can sometimes hear his scream if you lean over the edge and listen. It is also said that if you try to balance on that side it will always feel like something is trying to pull you off that direction. There are many more stories and accounts that individuals have experienced, but these make up the bulk of the reports. Be careful if you visit, but if you fall victim to the fate of the many others’ who’s spirits remain, at least you’ll have company… in the afterlife!