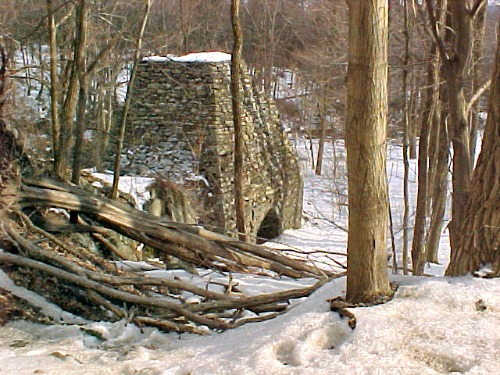 The beginnings of Clinton Road were innocent enough, with it simply being a connecting road named after the ling gone settlement which was named simply "Clinton".

The road itself is about 10 miles long with very few houses along its length, and is also known for having the longest traffic light wait in the country.

The road itself is nothing more than a road, and certainly hasn't been made famous for its traffic lights or architecture, but more so because of the huge amount of stories and incidents which were supposed to have taken place here.

The road is by far the most well documented road in the country for its strange happenings, and since it is just a normal road it is open to anyone who wish's to venture along its ghostly length.


The Ghosts of Clinton Road

The amount of stories associated with the road is simply huge, with everything from tales of ghosts to serial killers to satanic clan activity.

Many of these stories have little or no truth to them, such as the picture above which the urban legend claims is part of a druid worship site, and anyone coming along at the wrong time is likely to disappear. This is most certainly not the case though as the structure is actually a smelting site which was in use during the American war of independence and is now listed on the national register of historic places.

Some of the urban legends do hold a little truth to them though, such as the woods containing many ghosts from the people who were murdered here or from their bodies being dumped in the woods to hide them from authorities. Whether or not the ghosts part is true is up for debate, but one of the worst serial killers in American history, Richard Kuklinski, also known as the iceman, admitted to killing over 100 people and dumped at least one his victims along side the road.

There is another well known site along the road known as Cross castle, which was built by a man named Richard Cross in 1905 as his family home. The castle was not lived in for long and after he left it stood abandoned and became a place of the local kids to go and have parties. It was destroyed by the council since it was deemed to be a nuisance, though the foundations remain along with several paths that lead to it. People still come here to camp and party and there are claims commonly made about what can only be called poltergeist activity in this area, which includes people actually being shoved and tripped over.

As for other activity here there is pretty much everything that you could imagine, including a ghost boy which has been reported many times on the bridge which crosses the brook, to the phantom trucks driving straight through people.

Hell Hounds and strange animals are also commonly reported, with one possible explanation being creatures that escaped from the nearby site called Jungle habitat which closed in 1976 which have somehow managed to survive and cross breed.

There are simply to many stories to mention and more seem to get added to the list each year, but with the shear amount of claims there must be some kind of haunting on Clinton road, right?