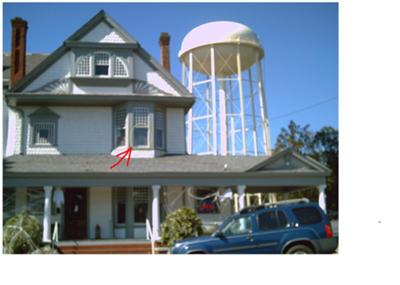 The Maple Street Mansion has long been thought by Carrollton residents to be haunted by several spirits. The most prominent spirit of these is named Eugenia. Back in the early 1900s, Eugenia, who was 18-years-old, was said to have jumped off the third floor of The Mansion. Apparently, she was madly in love with a young man of which her family did not approve. One night Eugenia's brother got into a fight with the young man and her crush died. Heartbroken, Eugenia jumped to her death that night, but her spirit never lifted to Heaven. Carrollton Residents have claimed to have seen a women walking back and forth on the top floors of the Mansion as they pass by the Maple Street establishment. Bob Uglum, owner of the Mansion, has also had experiences with spirits in his restaurant. One morning, Uglum heard a noise in his office. "So I turn around expecting to see someone behind me, but there was nothing. I didn't think anything of it at the moment, so I went on with my day," Uglum said. Later, Uglum felt breathing on his neck. "Of course I get a little freaked out by this. But I am also thinking I am crazy. There is nothing breathing on my neck. "Well, sure enough, when I looked up, there was no one in the room but me," said Uglum. There have also been several other sightings of ghosts at The Mansion. A couple that had just moved to Carrollton was eating at The Mansion one day a few years ago when they claimed to have seen a little girl in a big, white dress walk across the room and look out the window. "After that the couple said she just disappeared…I have never seen someone as scared as that couple was," said Uglum. In 1985 there was a séance performed at The Mansion by a UWG professor and her psychology class. The professor had Jan Anson, author of "The Amityville Horror", as a guest speaker that week. They asked Uglum if they could perform a séance in his office at The Mansion. He agreed and the séance was performed. "It was pretty convincing," Uglum said. "They had described Eugenia perfectly. They also felt the presence of an older man and a little girl. They all seemed to Anson as being kind in nature (except) the older man," said Uglum. Since then, there have been only three other instances where customers claim they have seen a little girl or a woman. However, one server quit after an apparent sighting.