Can orbs have faces in them? 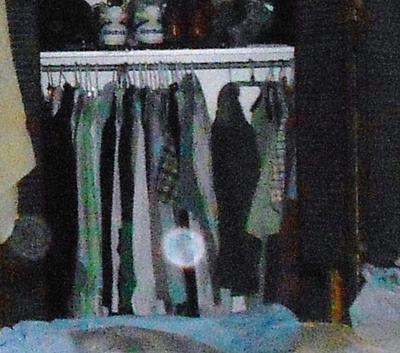 I see faces in these 2 orbs. Maybe I'm just matrixing? 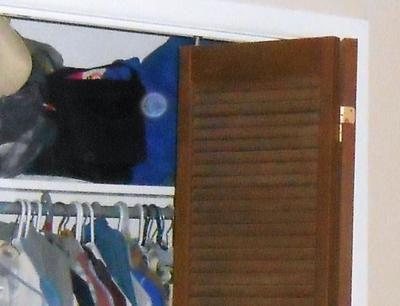 I see a face in this one as well.

The picture with the 2 orbs was taken after our dog started acting strange. Last October he started chasing something through the house that we couldn't see. I started taking random pictures in my bedroom during the day and evenings and caught several orb pictures. He started waking me up at times in the early morning hours by jumping up and laying right by my face. He would stare across the dark bedroom at nothing, so I started taking pictures in the dark. Since October we have taken video in my room during the evening and we have 3 videos with bright orbs and other things (I don't know what they are) flying through the video. I know they aren't dust, because of the trails they leave behind due to their fast rate of speed, and they appear to respond to us. We also had some other things going on in the house at this same time, such as pictures being knocked over and unexplained sounds. Just a side note, our sweet dog is now deceased and the activity has slowed down since he has passed on.