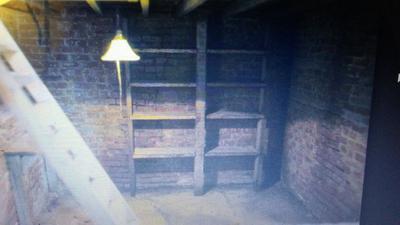 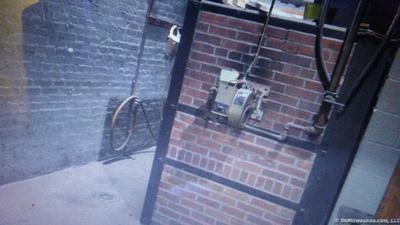 I used to live in Broken Bow Nebraska back in the 1930s. I lived down the street from a house on D street. There was an incinerator in the basement and a woman and her child lived there. She was always scolding the young man for misbehaving. One day they had to lock her up cause she put her son in the incinerator. They put her in a funny farm. The boy was killed quickly. Years later as others lived at the D street location if I remember the address correctly it was 1142 D street. Well the occupants didnt stay long cause they reported that a hand would touch their back and woke them up out of their sleep. Also voices would be heard in the middle of the night. Tables were said to shake out of nowhere and things were out of place many times. I myself went into the house when I was in my 20`s and I could of sworn I saw the little boy that was thrown in the incinerator. It creeped me out and I havent been back to the house ever since. A lady moved in the house in 1970 and it was the grandmother of the little boy that died there. She has rented the basement out to occupants but none have stayed more than 3 months cause of the sightings they have seen. A man lasted 2 months until his wife went crazy and blood was all over the walls and when the police got there his wife and the blood disappeared. I havent been back to Brokjen Bow since 1994. and I dont intend on ever going back.